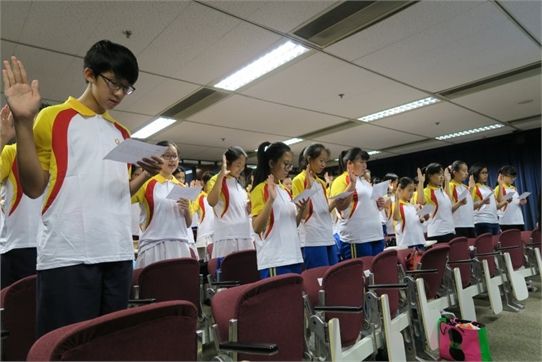 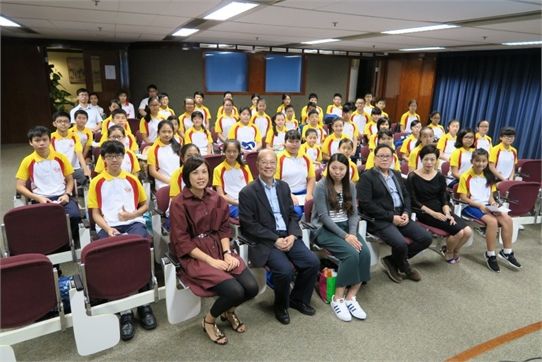 To cultivate youngsters’ good habit in power consumption and conservation of resources, CEM launched “Power Elites” training program for the first time in September. Co-organizers include The Chinese Educators Association of Macau and General Association of Chinese Students of Macao. Since its launch, the Program received active responses and a total of 51 Form 1 and Form 2 full-time secondary school students will participate in the Program.

Fifty-one participants from 12 schools attended the oath-taking ceremony held at the auditorium on the 15th floor of CEM Building at 6pm today. Guests who attended and witnessed the Ceremony, including Tang Chon Chit, Deputy Director of Academic Affairs of the Chinese Educators Association of Macau; Tai Ka Peng, Vice-President of the 58th Executive Committee from the General Association of Chinese Students of Macao; Iun Iok Meng, Advisor to CEM Executive Committee; as well as Cecilia Nip, Senior Manager of Communications and Public Affairs Office, and Jaclyn Iun, Manager. The participants clad in neat uniform swore in as “Power Elites”, pledging to shoulder their responsibilities and assume the important role of partaking in activities to be held by CEM actively as well as promoting electricity knowledge on campuses in the coming year.

Iun Iok Meng said that CEM is well aware of the importance of teaching the next generation to cherish power resources. Hence, CEM has been striving to promote power information on campuses, with the view of enabling students to develop good habits in power utilization starting from childhood, as it is of vital importance to students’ capability as well as the future development of the society. In addition to helping elites establish correct concepts on energy saving and environmental protection, the Program can further deepen their understanding of electricity and arouse their interest in electrical energy. The Program will enable the Elites to learn about local power generation process and the daily work of CEM engineers, as well as allow them to visit Hong Kong and mainland China to learn and exchange in order to broaden their horizon, which will be a valuable experience. It is hoped that students can cherish the opportunity and study hard.