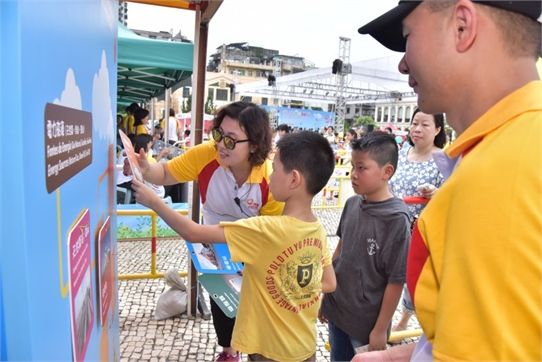 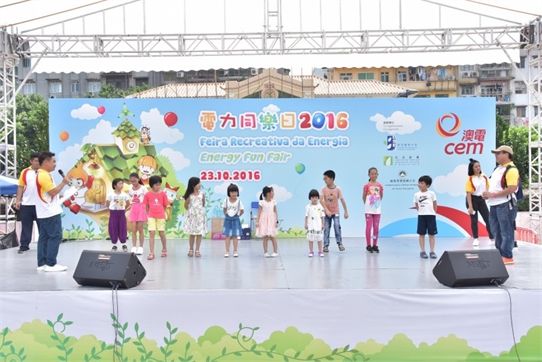 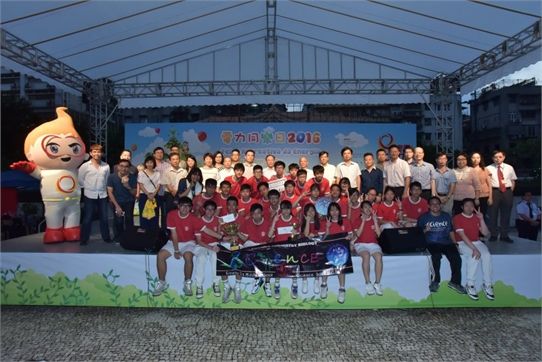 CEM hosted today the 14th edition of Energy Fun Fair at Tap Seac Square from 11:00am to 4:30pm. Collaborative parties included Civic Municipal Affairs Bureau, Youth and Education Affairs Bureau and Energy Sector Development Office. Over 500 students representing 15 local secondary schools took part in the event and thousands of children and students had a fun time. With the theme “Smart energy, better use of resources”, the event aimed at promoting better usage of energy by applying smart technology and using renewable energies so as to enhance awareness of treasuring earth resources, conserving energy and protecting the environment.

The event was organized in a competition basis and school teams entered three distinct contests, the “Best Booth Design Contest”, in which students took the challenge to design a game booth for the public’s learning and interaction; the “Recycled Art Piece Contest”, where students had to create an art piece by using solely recycling electrical components; and the “Talents Contest”, where students had to perform on stage showing their abilities and creativity for entertainment of the audience. Schools also formed cheering groups to support their participating teams providing a more vivid atmosphere to the Fair. A special exhibition was displayed at the venue this year to showcase the winning entries of the ‘Building Blocks Competition’ launched by CEM from July to September, targeted to primary and secondary school students with the objective of enhancing the interest and knowledge of Macau’s students about CEM’s premises and operations. Winners were awarded during the Closing Ceremony.

Another attraction brought by CEM was a special booth setup showcasing some of CEM operational staff’s fucntions, such as electrician, meter reader and emergency team. Children had the opportunity to learn how their daily routine work is, plus had the chance to wear their unique uniforms and safety tools and take photos for future memory and inspiration.

All children up to 16 years old got the opportunities to play at the game booths and win fantastic prizes throughout the day, including a Power Boy watch, recycling bags, Power Buddies cable-holders, and many more. On top of this, they got the chances to win one ´ iPad mini 4´ or ‘Hong Kong Disneyland 1-day ticket and round-trip jetfoil tickets for two’ in a lucky draw took place at the Closing Ceremony.

Benjamin Yue said in his speech “We are pleased to have the continuous support of the community and to know that our messages are well received and widely spread across”, and “CEM aims to stay close with our community and enhance the interest and the knowledge of the citizens, especially the youngsters, in a fun and educational way, about electricity and its efficient and safe use, so that more and more people can play an active role in energy conservation and environmental protection”.