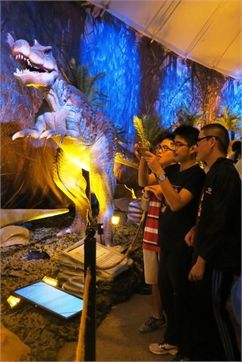 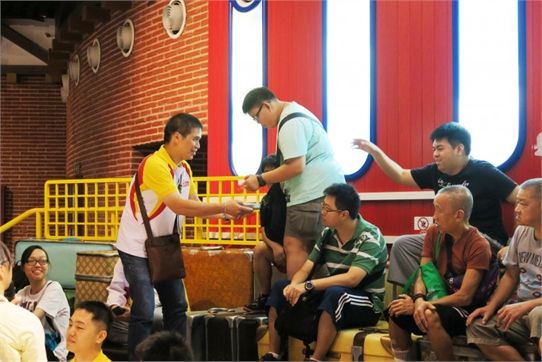 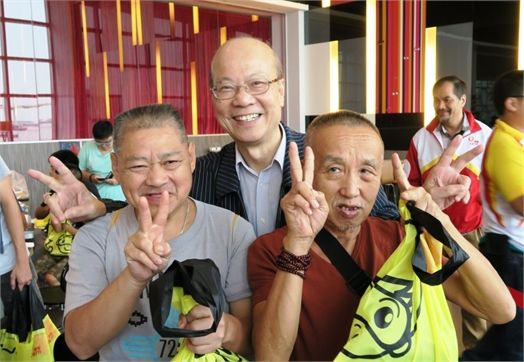 Companhia de Electricidade de Macau - CEM, S.A. (CEM) has long dedicated to serving and caring for the communities by organizing various activities. With the Mid-Autumn Festival approaching, more than a dozen CEM Ambassadors organized a visit to the Macao Science Center and a tea gathering for over 30 members from the Macau Special Olympics (MSO) on 7 September, in a bid to send the warmest regards to the people with intellectual disabilities and soak up the festive atmosphere of the Mid-Autumn Festival.

MSO members, together with the CEM Ambassadors, arrived in the Macao Science Center at 3pm of the day with the visits to the exhibitions of the "Living Dinosaurs" and on various floors, followed by the science demonstration of the "Molecular Kitchen". While chef used various tools via physical or chemical reform to disintegrate completely the tastes, textures and shapes of the ingredients and to recompose them in a new dish, both CEM Ambassadors and MSO members were fascinated and actively raised a lot of questions to the docent. The atmosphere was further uplifted during the visit.

CEM then organized a tea gathering with games for both CEM Ambassadors and MSO members. The Ambassadors wrapped the day by giving festive gifts to the MSO members as a token of the warmest regards and blessing of the Mid-Autumn Festival. The activity was concluded in a warm and joyful atmosphere.