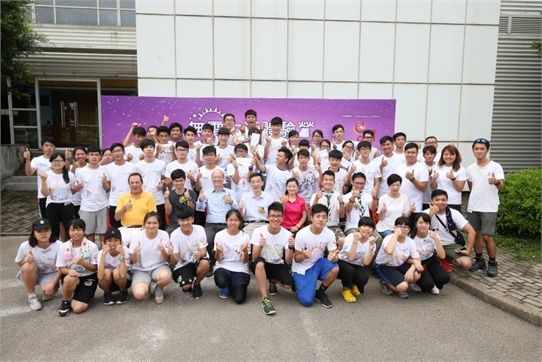 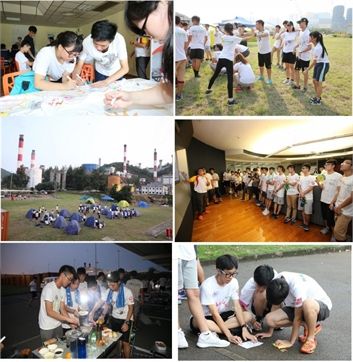 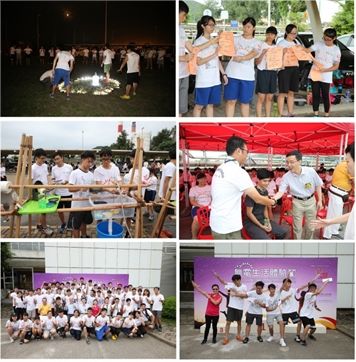 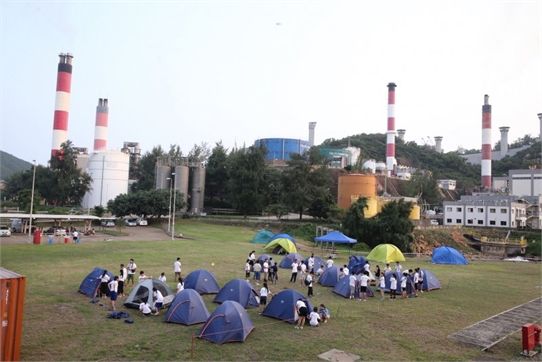 Thanks to the ubiquity of electricity, the lives of human beings have become more convenient and comfortable. However, we have forgotten the need to treasure power resources. To this end, Companhia de Electricidade de Macau - CEM, S.A. (CEM) held “Experience Life without Electricity Camp” at Coloane Power Station from 20 to 21 August, with the aim of allowing youngsters to learn about electricity and local power generation, the important role of power in their daily lives, as well as the significance of treasuring energy and make the best use of the earth resources through living in a condition without electricity. The Camp is co-organized by Macao Scout Association, Women’s Association of Macau and Youth Center of Macao Federation of Trade Unions.

The Camp opened to Form 4 to Form 6 Macau full-time secondary school students with five to six people in a team. Members of each team can be formed by students from different schools. Since its launch, the Camp received vigorous response with a total of 36 teams registered. 8 teams with 45 students in total were selected to participate through the mean of draw.

During the two-day Camp, participants in person experienced life without electricity at Coloane Power Station, which allowed them to learn about power as well as enhancing their teamwork spirit. Activities in the Camp included to learn about the power generation process and local power generation, visit generation facilities of CEM, live under power outages, play challenge game among teams and share experience during the Camp, hoping to enrich and provide a meaningful summer holiday to students.

The Champion winning team, Ng Sio Pui in an interview expressed that this was an unforgettable experience. While mobile phone, TV and air conditioner become malfunction when living in an environment without electricity, he became aware of how important it is to have electricity. The most unforgettable part of the Camp was the sudden heavy rain in the mid-night. They had to tidy up and move to a shelter in five minutes under the guidance of scouts. He was panic but it was also a very special experience. This Camp held by CEM is extremely creative. He will definitely join again if the Camp will be held next year. Wong Hoi Ian, the winner of “Loving Care Award”, said that she was surprised to receive this award. The possible reason of winning may due to her active personality and experience in cooking.

Mr. Shi Yulin, CEM Executive Director said in the Award Presentation Ceremony that to enhance public awareness towards local power generation and CEM, various types of activities are held in Coloane Power Station annually. These include the popular “Energizing Tour” to visit Coloane Power Station and “Solar & Capacitance Model Car Races” to let the young generation to learn the application of renewable energy. The “Experience Life without Electricity Camp” featured a novel theme and diversified content. By allowing students to personally experience life without electricity, they can better understand the importance of power in everyday life. It is believed that the event can help students have a deeper understanding of electricity. Moreover, CEM expressed gratitude to the co-organizers for their support and students for their enthusiastic participation.

Mr. Dick Chan, Planning and Development Commissioner of Macao Scout Association stated that through co-organizing this activity with CEM, in addition to experience living in an environment without electricity, learn about energy conservation and environmental protection as well as the importance of the utilization of resources, youngster can also learn various outdoor survival skills, for instance, tent set-up, camp cooking, pioneering, leadership and so on. The Camp allows the younger generation of Macau to have deeper understanding of the importance of environmental protection, which will play a critical role to their self-reliance, autonomy and teamwork.

All participants received a certificate of completion and a set of souvenir. The Event also featured multiple awards. The winners of “Overall Performance Awards” are: Champion: Team No. 6 from different schools, including Pui Va Middle School, Saint Paul School, Pooi To Middle School, Fong Chong School of Macau and Keang Peng Middle School, 1st Runner-up: Team No. 1 from Luís Gonzaga Gomes Luso-Chinese Secondary School and 2nd Runner-up: Team No. 3 from Fong Chong School of Taipa. They can receive cash prizes of MOP4,000, MOP2,000 and MOP1,000, respectively. The winners of “Best Teamwork Award” are Team No. 8 from Yuet Wah College, each player can receive two sets of Hong Kong Disneyland one-day ticket plus round-trip jetfoil tickets, while the winner of “Loving Care Award” is Wong Hoi Ian, who gained Taiwan round-trip tickets for two.

Highlights of the Camp have been uploaded to CEM website (www.cem-macau.com) and “Macau Energy Saving Contest” Facebook fan page (www.facebook.com/energysavin...), citizens are welcome to retrieve.