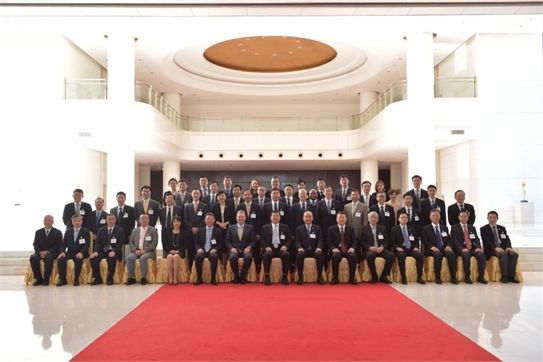 Guangdong, Hong Kong and Macau have a long history of exchanges and cooperation, thanks to the adjacency to each other. With the rapid development of society and economy in the three regions, strengthening the cooperation between power enterprises in the three regions is of great significance to the prosperity and development of the three regions for the long haul. To this end, China Southern Power Grid Corporation Limited (CSG) proposed in 2011 that the CSG, CLP Holdings Company Limited (CLP), Companhia de Electricidade de Macau – CEM. S.A. (CEM) and China General Nuclear Power Corporation (CGNPC) shall take turns to hold the annual “Guangdong, Hong Kong and Macau Power Industry Summit”, which aims to strengthen the exchange of information, knowledge and experience among power companies in mainland China, Hong Kong and Macau, as well as seek opportunities for cooperation to achieve common progress, thereby promoting the socio-economic prosperity and development in the three regions. The 6th “Guangdong, Hong Kong and Macau Power Industry Summit” was staged in Nanning, Guangxi from 11-13 May. It was themed on “Reform, Innovation, Cooperation and Win-win Result”.

Xu Kaicheng said in his speech that in Guangdong, Macau and Hong Kong, innovative cooperation is being carried out in various forms, growing vigorously and continuously expanding to cover a wider field with richer themes. As a power enterprise, a wider-range and more profound reform and innovative cooperation should be sought to face the global and strategic problems and challenges encountered at present, including energy development, allocation and safety as well as environmental impact. All efforts should tie in with the policy of “One Country, Two Systems” and the cooperation of the four power enterprises in the three regions. Under the framework of “One Country” and based on each party’s characteristics as well as regional advantages and strengths, power enterprises can be benefited from “Two Systems” to learn from each other and complement one another to achieve mutual progress.