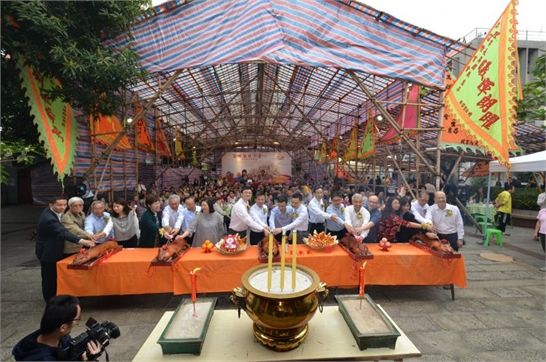 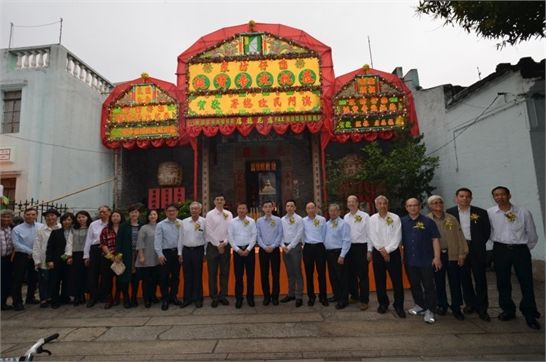 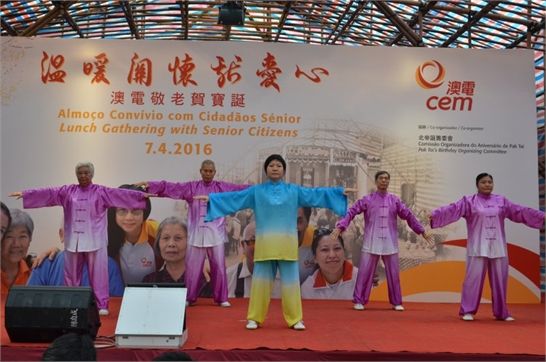 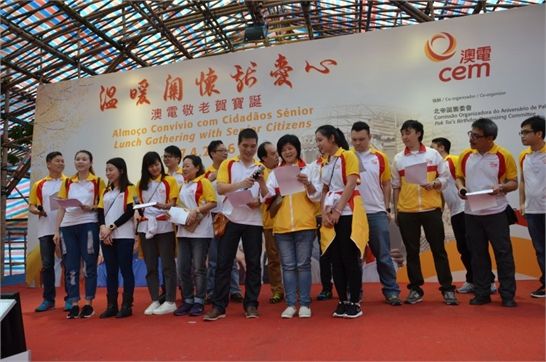 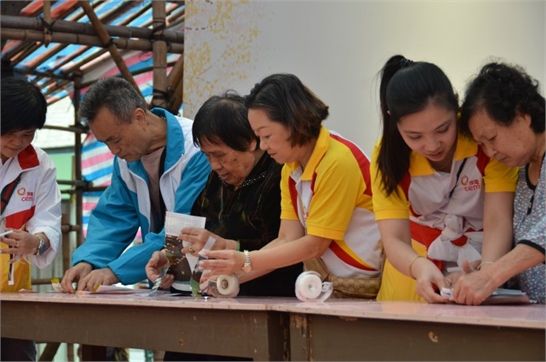 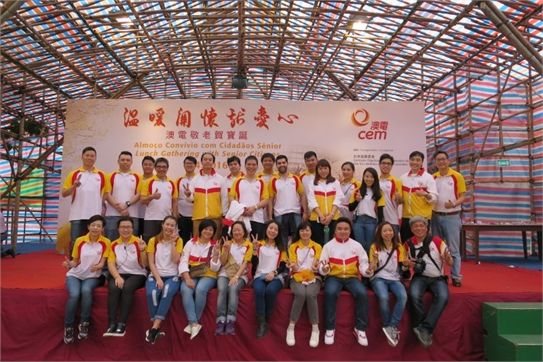 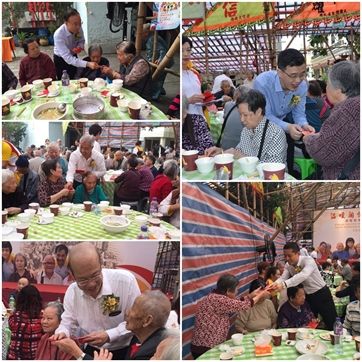 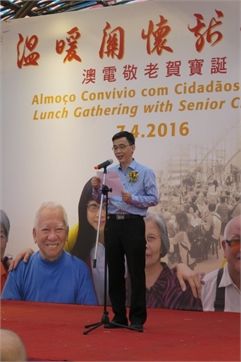 CEM and Pak Tai’s Birthday Organizing Committee jointly held a lunch gathering at Largo de Camoes in Taipa (in front of the Pak Tai Temple) at 12:00 noon today, so as to express care and respect for the elderly while celebrating Pak Tai’s Birthday. The luncheon featured 25 tables and over 300 senior citizens from Taipa and Coloane, with the aim to thank senior citizens for their contributions to the society and their families as well as call on the public to care for the senior and what they need in life.

Shi Yulin said in his speech that filial piety is the foundation of all virtues, while it is the society’s responsibility to take care of seniors. As a good corporate citizen, CEM has continued to shoulder this social responsibility. For example, CEM has launched Senior Citizen Support Program since 2000, and cooperated with local associations to provide free safety checks and repairing services of electrical installations for hundreds of elderly citizens living alone, underprivileged families as well as people with special needs. Shi also noted that even seniors can make their own contributions. Everyone will eventually grow old, so care and concern should be given to seniors. CEM pledged that it will continue to try its best to help the elderly solve their difficulties, fulfill its corporate social responsibility and care more about elders, in a bid to create a good atmosphere of respect and service for seniors. Meanwhile, Shi expressed his gratitude to the Pak Tai’s Birthday Organizing Committee and associations of Taipa & Coloane for their full assistance and support, as well as the active participation of CEM Ambassadors Team to make the event well prepared and held successfully.

The lunch gathering for senior citizens has been held for 12 consecutive years. The doctors and nurses from CEM Occupational Health Services Centre have taken part in the activity since 2007, and have volunteered to measure blood pressures of the participating elderly. Various great performances were presented during the luncheon. For instance, CEM Ambassadors Team performed songs, played interactive games with senior citizens, and promoted knowledge of daily household energy conservation to the participants. Ms. Leong Soi Heong, a winner of Macau Outstanding Senior Citizens Award 2015, along with her friends, presented a Qigong performance. Some other seniors attending the event also performed singing, winning thunderous applause. Apart from that, CEM distributed Laisee and souvenirs to the seniors, creating a joyous atmosphere for the entire event and pushing the event to a climax.