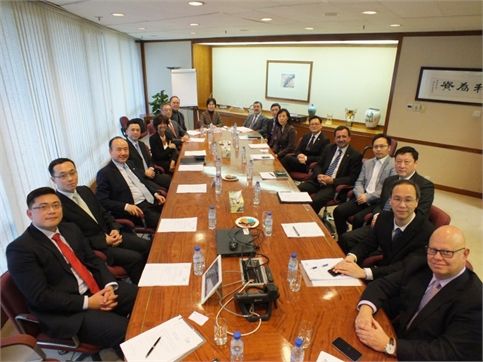 The Annual General Meeting of Companhia de Electricidade de Macau - CEM, S.A. (CEM) was held today at CEM Building. The 2015 Annual Report was approved in the Meeting. In 2015, power consumption increased by 6.2% to hit another record high of 4,966 GWh, and the peak demand also climbed by 4.4% to 883 MW. CEM’s operation was satisfactory, with net profits hitting MOP662 million, up 8.8% from 2014.

Fuel prices plunged at the end of 2015, rendering the power generating cost of Coloane A Power Station more competitive than that of imported power from the Mainland. In 2015, Macau’s locally-generated power significantly increased to 753GWh, up 73% from 2014, accounting for 15.2% of the gross power consumption. On the other hand, 4,054 GWh of electricity was imported from the Mainland to Macau in 2015, down 1.1% from that of 2014 and the first ever negative growth. Yet, it still contributed to 81.6% of Macau’s electricity consumption.

In 2015, over MOP958 million were invested to further improve and develop the infrastructures. Investment amount was 45% higher than annual income. Out of this investment package, almost 78% were invested in the development and maintenance of the transmission and distribution network, while generation projects accounted for about 13%. Multiple new substations were set up and put into operation last year, including the Depot Primary Substation in Cotai built for the LRT System, Ilha Verde Primary Substation, Wynn Macau and The Parisian Switching Substations.

A number of transmission and distribution infrastructure projects will be kicked off in succession in 2016, including the new Dispatch Centre Building project and three new high-voltage substations with a total investment of approximately MOP500 million at Hospital das Ilhas, Hospital Conde S. Januário, and artificial island of the Hong Kong-Zhuhai-Macau Bridge.

In addition, CEM is committed to maintaining stable tariff. With the support of the Macau SAR Government, CEM offers Tariff Clause Adjustment discounts of up to 12% to 18% for all Tariff Group A customers. The total subsidy reached MOP155 million. Tariff Group A customers are mainly residential customers as well as small and medium enterprises, accounting for 99% of the total customers.

The General Assembly has also appointed the following members of the Supervisory Board: