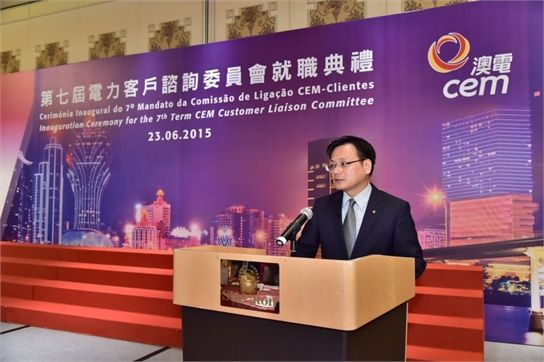 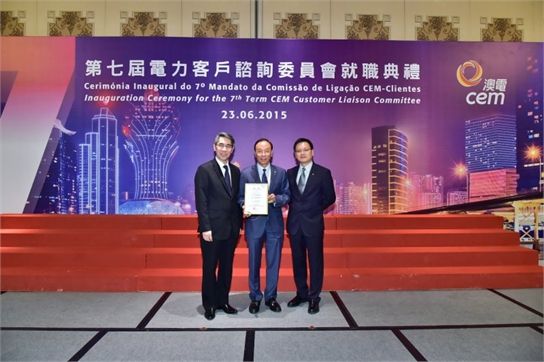 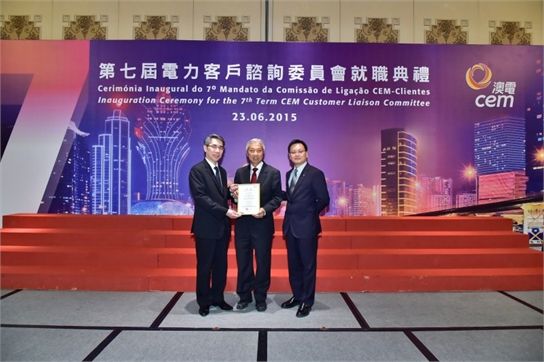 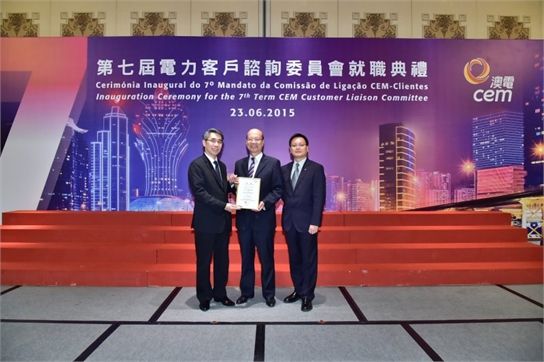 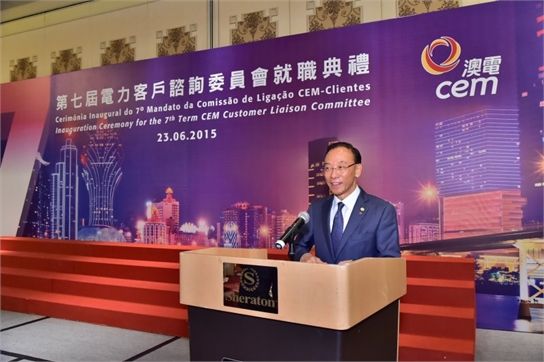 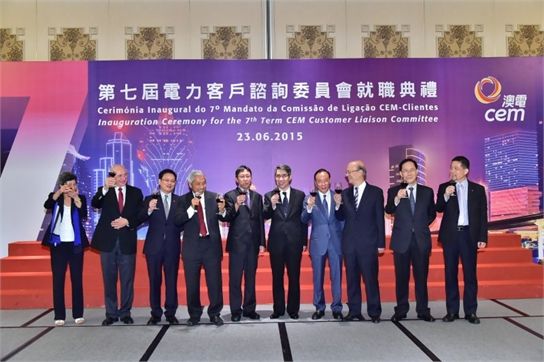 Bernie Leong said in his speech at the ceremony that the members of the Committee, under the leadership of its President and Vice Presidents, have been committed to their duties supervising and promoting the work of CEM over the past 15 years. They reflected the opinions and suggestions collected from customers, and conveyed the messages from CEM to associations and customers, acting as the bridge between CEM and its customers to effectively strengthen communication between the two parties. Leong expressed his gratitude towards every committee member for their dedication and contribution in improving Macau’s power service. He also expressed his hope for garnering continuous support from all sectors of the society, and pledged that CEM will continue to pay close attention to all sorts of opinions and suggestions raised by the Committee and to tighten its cooperation with the committee to improve the service quality of CEM and create better conditions for the steady development of Macau’s economy.

Vong Kok Seng, Vice President of Board of Directors of Macau Chamber of Commerce was elected again to chair the 7th Term of the Committee. In his speech, Vong stated that CLC and CEM have been working together and conducting in-depth discussion about the reliability of power generation and distribution, power supply in old district as well as other power supply issues. CEM highly values the opinions and suggestions put forth by the Committee and always handles them seriously. As power supply is closely linked with the economic development in Macau, with the numbers of associations in CLC has increased from 21 to 25 in this term, the representative level is expanded and CEM and the Committee will work closely to make more contributions to the development of Macau. With the cordial cooperation from all Committee members, he will be devoted to the duty and give a better play to this communication platform bridging CEM and customers and continue to improve the power supply quality in Macau so as to create a more favorable environment for the further development of Macau economy. Since its establishment, CLC members have actively put forth valuable opinions to benefit local citizens and the society. CEM has actively responded to members’ suggestions and implemented a lot of measures, including lifting the ceiling of A2 Low Consumption Tariff from 80kWh to 120kWh, launching Storefront Advertisement Support Program, exempting or reducing the cable connection charges, installing environmental protection system at Coloane Power Station, setting up Customer Service Centre in Taipa and simplifying the procedures of the 7th Category License, indicating that CLC’s opinions have been highly valued by CEM and the society.