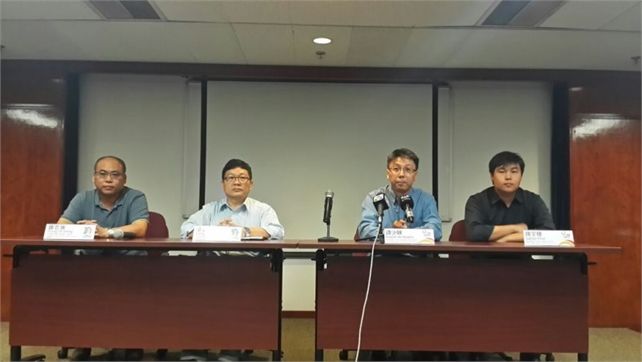 To tie in with the rapid development of Macau and the increasing electricity demand, CEM needs to expand and reinforce the 66kV high-voltage power network in order to further upgrade the transmission and distribution power network as well as to provide Macau with secure and reliable power supply in meeting the future growth of electricity consumption.

To minimize the impact caused by road excavation, CEM will commission four contractors to operate simultaneously to shorten the project duration. Besides, CEM has been working closely in coordination with relevant departments of Macau SAR Government.

To meet the construction needs, there will be temporary traffic restrictions in the above mentioned affected streets. Motor parking and meter parking spaces as well as the loading and unloading areas in those streets will be adjusted or temporarily closed.

In response to the construction need at Avenida 1º. de Maio, the “Avenida 1º. de Maio / Kuong Wa” bus stop will be suspended and the cable laying works at Estrada do Arco will be started in June. During the working period, one-way traffic will be implemented at Estrada do Arco, which means that motorists can only travel to Ilha Verde direction on this street. In terms of bus arrangement, bus routes going to Northeast direction with bus numbers of 1A, 7, 7A, 28B and 28BX will be diverted to Avenida de Artur Tamagnini Barbosa and temporarily stop at “Istmo de Ferreira do Amaral / Jardim Triangular” bus stop. In addition, “Jardim Triangular” and “Estrada do Arco” bus stops will be suspended. Transport Bureau will closely monitor the project progress and announce temporary traffic arrangement during different phases in due course. Transport Bureau also advises citizens and motorists to be aware of the above traffic arrangement and leave home early. The above mentioned temporary traffic arrangement may impose traffic press to Avenida do Conselheiro Borja and Avenida de Artur Tamagnini Barbosa, thus Transport Bureau has already coordinated with police force. Polices will be sent to the relevant roads to divert traffic during peak hours. At the meantime, Transport Bureau has been coordinating the construction projects of local concession companies including water, electricity, telecommunication, fiber and other pipelines laying through the interdepartmental roadwork coordination mechanism to comply the principle of avoiding repeated road excavation.

CEM always attaches great importance to the quality of power supply and strives to improve infrastructures to provide reliable, secure, and stable supply to Macau citizens. CEM apologizes for any inconvenience caused to the citizens and customers during the project working period. Road excavation is often unavoidable for the construction and maintenance of power grid, hoping to have the citizens’ tolerance and understanding.