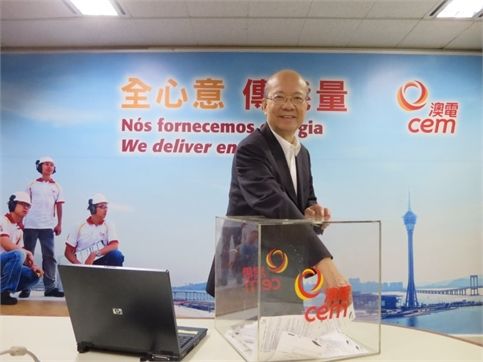 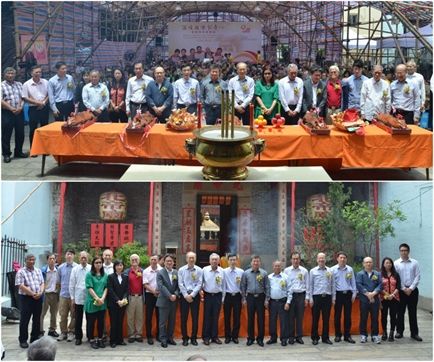 Aiming at allowing Macau citizens to have a better understanding of CEM major operations and services and to have a closer look at the local power generation process, CEM Energizing Tour was first launched in 2009, and since then attracted more than 24,000 citizens to visit Coloane Power Station. Tours include a visit to CEM Exhibition Room featuring a display of electrical appliances with more than 50 years, old equipment from CEM operational departments, information about the Company’s milestones and generation process; also site visit to major generation infrastructures and control rooms.

Lucky draw of the first quarter took place on 21 April at CEM Headquarter, and the results are:

Winner of the MOP2,000 electrical appliances cash coupon is Ng Man Hin. Winner of the ‘Best Comment’ is Albert Lee who said “Increase local power generation, do not rely too much on importation from Mainland” won a MOP300 supermarket cash coupon. The three winners of the Facebook energy-quiz getting each a MOP300 supermarket cash coupon are ’Chingco Tong’, ‘Laputalai Laputalai La’ and ’Heidi Lei’. Winners will be notified by CEM individually.

Visits are conducted during weekdays for schools and local associations, from 10:00am to 12:30pm (morning session) or 2:30pm to 5:00pm (afternoon session). Starting from May, and until December 2015. Public tours will be conducted every first and third Saturdays of each month, in the same schedule. For enrolment, citizens can either call 8393 1202, fill in the Reservation Form at www.cem-macau.com, e-mail to visitcem@cem-macau.com or fax to 2871 9687.