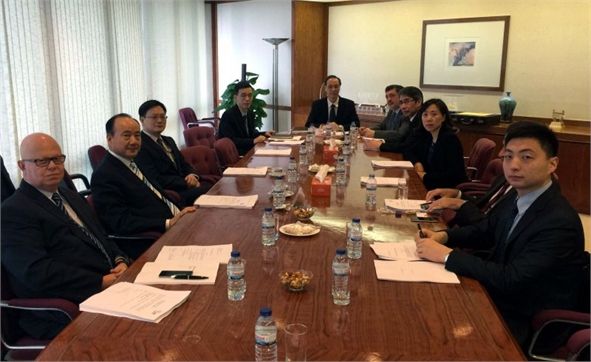 In the face of ever-increasing demand, CEM maintained an excellent service standard and surpassed the contractual goals in terms of all key performance indicators. The electricity supply reliability based on CEM’s responsibility was 99.9997%, which was higher than that of the previous year.

Despite the plunge in oil price at the end of last year, the oil price was still relatively high for the whole year of 2014, with its average price seeing an increase of 3.6% as compared to the figure recorded in 2013. The price of imported electricity was up by about 1.6% due to the appreciation of Renminbi. The supply of natural gas was resumed for a short time due to a gas well testing and it has not been officially resumed.

With the unremitting support of the Macau SAR Government, the capital investment of CEM was MOP743 million in 2014, of which MOP539 million was on the upgrade and expansion of the transmission and distribution network. To align with the Macau SAR Government’s target of decommissioning the Macau Power Plant, CEM will continue to negotiate with the Government to replace some old and inefficient Diesel power generation units with a set of eco-friendly and efficient Combined Cycle Gas Turbine generators to retain the local power generation capacity, so as to ensure the safety and stability of power supply. With the approval of the Macau SAR Government, CEM continued to maintain stable tariffs and offer TCA discounts of up to 18% to 22% for all Tariff Group A customers, accounting for 99% of the total customers. They were mainly residential customers as well as small and medium enterprises. The total subsidy reached MOP142 million in 2014. The move highlighted CEM’s commitment to providing citizens with premium electricity services and bolstering the city’s economic growth. The General Assembly has also appointed the following members of the Supervisory Board: