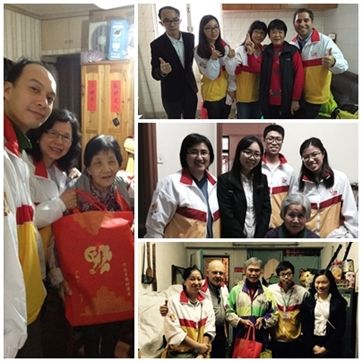 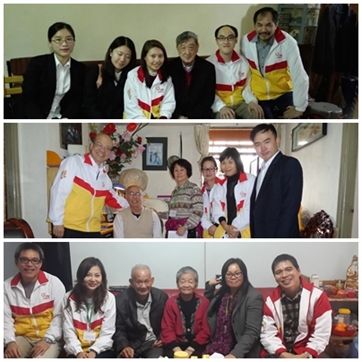 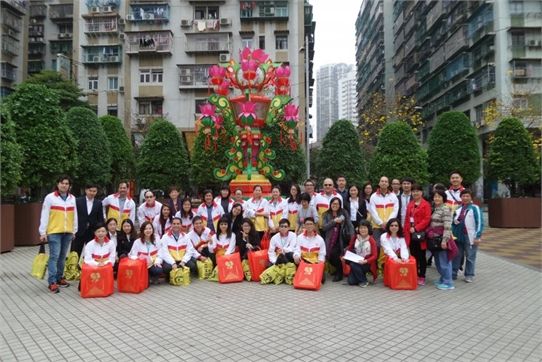 To carry forward the traditional virtues of respect and care for the elderly, the CEM Ambassadors Team has partnered for the fourth consecutive year with Peng On Tung Tele-assistance Services to organize a visit to the elderly who live alone as well as some underprivileged families, together with nine volunteers from Zhuhai Power Supply Bureau.

In the afternoon of 3 March, over 20 CEM Ambassadors Team Members and 9 volunteers from Zhuhai Power Supply Bureau, as well as Peng On Tung volunteers were divided into eight groups to visit 24 elders and underprivileged families living in the Iao Hon area. During their visit, they spoke to the elders, listened to their needs and offered care and love to them, putting a big smile on their faces. Before bidding farewell, CEM Ambassadors gave out gift packs to each family, wishing them healthy.

Besides, during the visit, CEM staff has checked the safety condition of the household electrical installations. If there is any need to do the replacement of the old electrical installations, the staff will record it and refer the case to the relevant colleagues of the “CEM Community Program” for follow-up. “CEM Community Program” launched in 2000, it provides free safety checks and repairs of old wiring installation services to needy senior citizens, citizens with special needs and underprivileged families.

In November last year, Zhuhai Power Supply Bureau and CEM held “Zhuhai-Macau Cultural Exchange Event” for young employees to celebrate the 30th anniversary of Interconnection. Consensus was reached between the two parties to jointly organize community care services. The young employees are keen to work together to actively contribute to the social development of Zhuhai and Macau. Before Chinese New Year, employees of Zhuhai-Macau has also visited Guangming Village in Doumen and participated in poverty alleviation works together.

CEM Ambassadors have always been dedicating themselves to participating in philanthropic activities and caring about those in need, and they have the full support of top management. The Ambassadors participating in the aforesaid activity stated that the activity was very meaningful, hoping they could participate in more similar activities in future to support the elderly and the underprivileged.