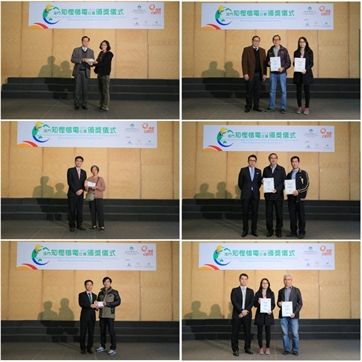 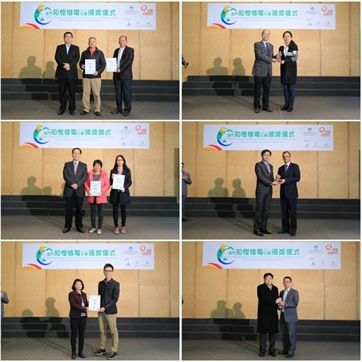 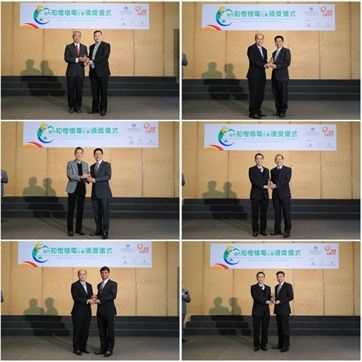 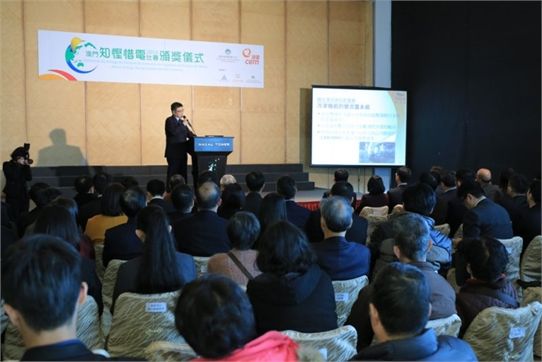 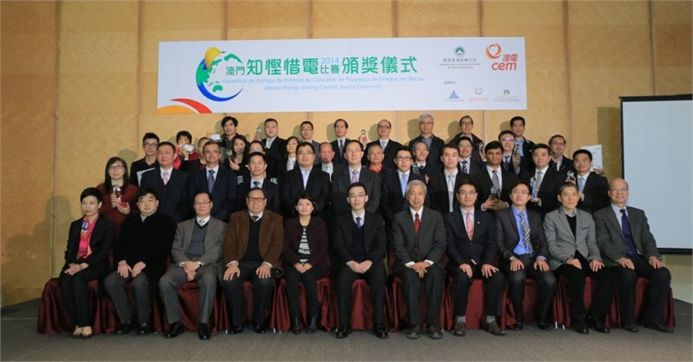 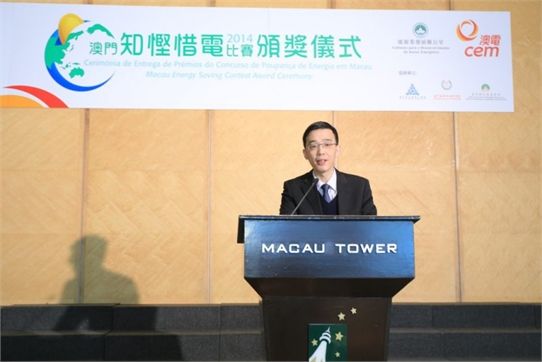 “Macau Energy Saving Contest 2014” Award Ceremony is held, a total of 68 million kWh of electricity is saved in six years

Companhia de Electricidade de Macau – CEM, S.A. (CEM) hosted “Macau Energy Saving Contest 2014” and the Award Ceremony was held at Macau Tower on 11 February 2015 to acknowledge the contribution of residential customers and hotels to environmental protection. Organized by CEM and the Office for the Development of Energy Sector (GDSE) for the first time in 2009 with support from the Macau General Residents Association, Property Management Business Association Macau and Macau Hoteliers & Innkeepers Association, the contest aims to promote energy efficiency and energy conservation among Macau residents and commercial customers, encouraging participants to share their experience in energy saving and learning from each other’s most effective way of energy saving.

In his address, Shi Yulin, CEM Executive Director, said that we should not turn a blind eye to the problem of global warming under any circumstances. As a global citizen, everyone should endeavor to make at least some small changes in daily lives in a bid to save energy and other resources and mitigate global warming. Hotels in Macau have been active in participating in various contests themed on environmental protection in recent years. They have devoted a lot of resources in energy conservation and emission reduction, and trained their employees to enhance their awareness of energy saving. These moves can significantly contribute to pollution reduction and sustainable development, and tie in with government’s environmental policies to help enterprises perform their social responsibility.

The contest included three categories: Residential Group, Public Building Facilities Group and Hotel Group, involving 769 residential units, 380 residential buildings and 40 hotels respectively. Comparison was based on the six consecutive billing months of electricity consumption from May to October 2014 with the same period of 2013. The participating units and customers who saved the highest percentage of electricity and passed the assessment were named the winners. All participating entities and customers shouldered their responsibility to save energy and make good use of resources, saving 17 million kWh of electricity in 2014 and a total of 68 million kWh in six years from 2009.

The champion of Residential Group, Mr. Wong Oi Ming, who reduced electricity consumption by as much as 65%, shared his family’s successful experience at the award ceremony. Wong reduced the use of high-energy consumption home appliances, such as air conditioner, electric water heater and hair dryer and used the washing machine only when there was a full load. He decided to continue the move after the Contest as this could help saving electricity and money without affecting their quality of life. Winner of the Public Building Facilities Group saved electricity mainly by using energy-saving bulbs and automatic light control system.

The champions of the Hotel Group A, B and C are Victoria Hotel, Hotel Lan Kwai Fong and Sands Macau respectively. MGM Macau received the “Energy-saving Concept Award” and “Excellence Award” of Hotel Group C. Peter Chan, Director of Facilities Management of MGM Macau shared his company’s experience in energy saving. He said that the hotel has won many energy-saving awards, and it never ceases to launch a wide array of innovative measures and programs to save energy. Investment is essential to the implementation of energy-saving measures. For instance, MGM Macau has replaced a large cauldron with two smaller ones and three heat pumps to supply hot water and steam to the hotel so as to use energy resources more efficiently; the new system has helped reduce the monthly oil gas consumption by about 36% on average since April 2014 as compared with the same period in 2013 without electricity consumption increase. He expected that the related costs could be recovered in merely two and a half years. Other energy-saving projects, such as the optimization of cold cabinets, monitoring system of energy consumption and the application of dimmer in light troughs not only reduce energy consumption but also promote the sustainable development of a green Macau.

Winners of the “Macau Energy Saving Contest 2014” are as follows: