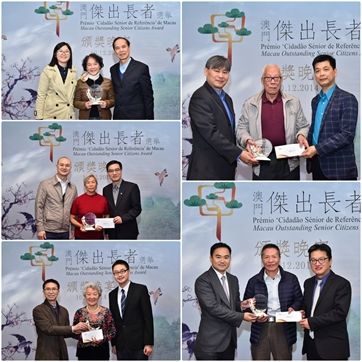 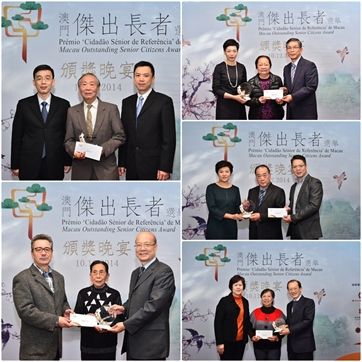 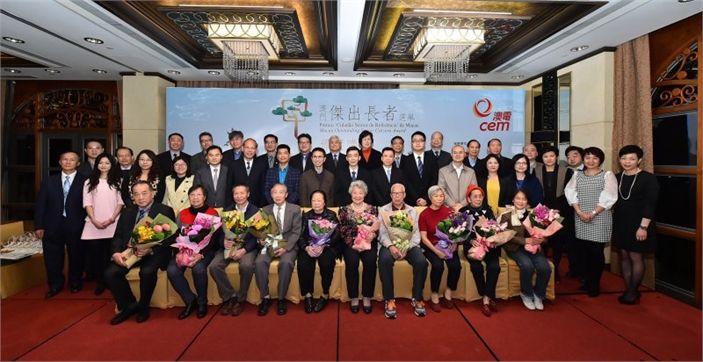 To acknowledge senior citizens’ outstanding contribution to the community, CEM has jointly organized “Macau Outstanding Senior Citizens Award” with the Macau Federation of Trade Unions, General Residents Association of Macau, Women’s General Association of Macau, Caritas Macau, Macau Special Olympics and Fuhong Society of Macau for three consecutive years. The award presentation ceremony was held in the evening on 10 December at Sofitel Macau at Ponte 16 to deliver the awards to the winning elderly.

Shi Yulin paid homage to the winners and nominees of the award at the award presentation ceremony. He said that CEM held the “Macau Outstanding Senior Citizens Award” in the hope of glorifying the senior citizens’ spirit of serving the community and lifelong learning as well as encouraging younger generations to learn from their positive attitude toward life and sense of responsibility. Shi congratulated the winners and acknowledged their endeavors and determination in lifelong learning and participation in volunteer services after retirement, spreading positive energy in the community.

At the award presentation ceremony, each winner received a trophy and MOP 5,000 in cash rewards. Nominees were also invited to the ceremony to accept a letter of gratitude. The ceremony was a warm and touching event, with outstanding senior citizens being invited to demonstrate their talents, including calligraphy, painting, storytelling, chorus and doggerel.

By holding “Macau Outstanding Senior Citizens Award”, CEM aims to encourage the retirees to continue pursuing their goals in different aspects, including community, family and personal life to perpetuate the spirit of ‘old but capable’. To acknowledge senior citizens’ achievement which greatly contributed to our society, CEM has launched “Senior Citizen Support Program” and “Community Program” in which voluntary technical staff provide free of charge safety checks and rewiring of electrical installations for elder citizens living alone, underprivileged families and citizens with special needs since 2000. Starting from 2004, CEM held annual lunch gathering with 300 elderly from Taipa and Coloane. In addition, CEM organizes Ambassador Team to visit nursing homes and the elderly who are living alone during the holiday.