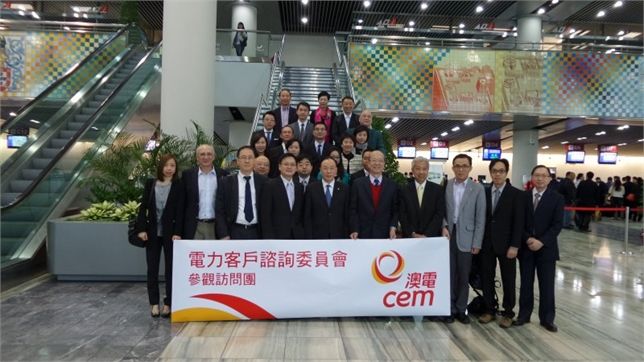 To enhance the communication and interaction within the power supply industry, CEM organized a 4-day trip for the members of CEM Customer Liaison Committee (CLC) to Taipei and Kaohsiung starting from November 13 to deepen their knowledge about power service in neighboring areas.

The delegation visited the Macau Economic and Cultural Office in Taiwan upon its arrival and was warmly received by Leong Kit Chi, Director of the Office, who briefed the members on the office’s functions and operation. The members also exchanged views with Leong about economy, education, culture and tourism between Macau and Taiwan.