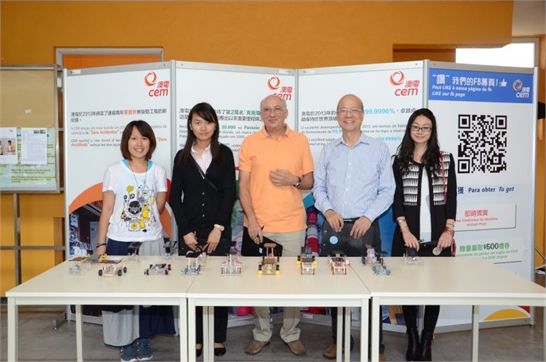 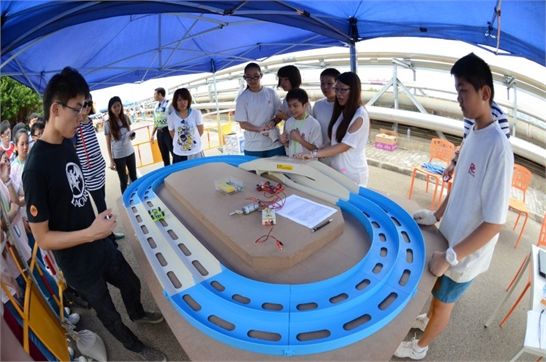 The event was organized aiming at enhancing Macau students’ consciousness and recognition of the usage of renewable energy, and improving their scientific and technical knowledge and interest in the field. While the ‘Solar Model Car Race’ was targeted to F3-F6 secondary students, the ‘Capacitance Model Car Race’ targeted F1-F2 secondary students. Previously, all participating students joined a half-day workshop with the objective to prepare them for the races.

This year the response from the schools was very enthusiastic. Total 26 schools formed 59 teams to join the ‘Solar Model Car Race’ and 25 teams to participate in the ‘Capacitance Model Car Race’, attracting nearly 400 students and teachers.

Teams were required to design and make their own model cars, and compete among themselves for the “Top Three Teams” in both races, plus “The Overall Fastest Lap Award”, and “The Best Model Car Design Award” in the ‘Solar Model Car Race’.

João Travassos, Principal Advisor to CEM Executive Committee, said in his speech during the prizes presentation ceremony, “After viewing the exciting races, I am impressed with all your hard works resulted in outstanding performances in both races. I am pleased that more and more the new generations concern about the use of renewable energies, which is important to protect the planet and our future.”

Atmosphere during the races was fantastic. Students were very enthusiastic to finally see their cars racing, after months of preparation, and compete with students from different schools. The conviviality among the students was also great and teachers hope that this event can contribute to enhance students’ views about renewable energies and interest for more scientific projects.

“The Overall Fastest Lap Award” was won by Colégio Yuet Wah - Chinese Section who received MOP1,000 and one trophy.