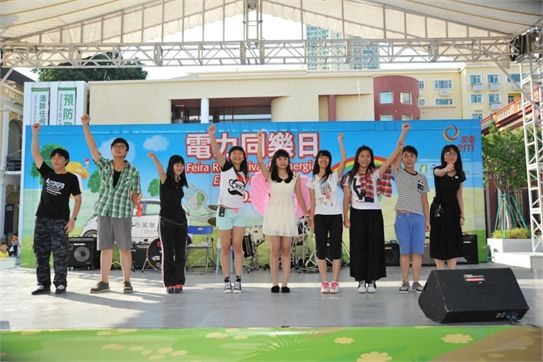 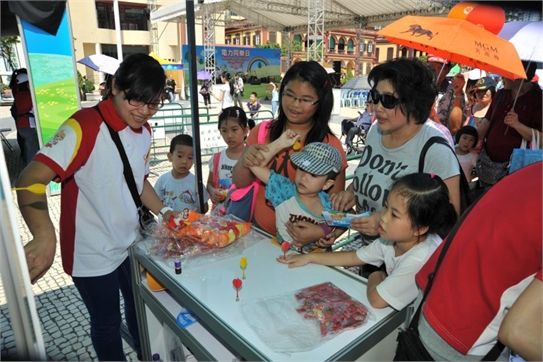 The popular annual event ‘Energy Fun Fair’ is coming to town again, and this year is going to be held at Tap Seac Square on 12 October, from 11:00am to 4:30pm, with the theme “Energy Saving and Safety”. Targeted to children up to 16 years old, the event aims at promoting an environmental-friendly and safe way of using energy in the daily life of the Macau citizens. Co-organizers include the Civic and Municipal Affairs Bureau, the Youth and Education Affairs Bureau and the Office for the Development of the Energy Sector.

Schools will compete among themselves in three distinct competitions, the “Best Booth Design Contest”, in which they are challenged to design a booth with games associated to the theme of the event for the public to play in; the “Recycled Art Piece Contest”, in which they will have to use their creativity to create art pieces by using solely recycled electric components, in such a way to demonstrate how important is to better utilize our resources for a better protection of the environment; finally the students will also amuse the audiences with great stage performances. Top five schools in each of the competitions will be awarded with attractive cash prizes. To create a more entertaining and lively atmosphere, students are encouraged to form cheering groups to support their participating teams. It is expected lots of colors and laughs at the venue!

Children will receive a game card to play the booth games to collect chops to redeem fantastic prizes including stationary items, Power Boy recycled bag and limited edition Power Boy sports towel. Those who LIKE CEM’s fb page at www.facebook.com/Energizing.Tour and check in on spot will receive a game chop instantly. Besides, children can also vote on their favorite schools and be entitled to enter the final lucky draw with the chance to win an iPad Air or a Beats Pro. They can also enroll to play the popular TV game show “Minute to Win It” on stage to win cash coupons. Moreover, children and their families will have the chance to take instant photos with CEM’s mascot Power Boy, and three new Buddies, Power Girl, Light Buzz and Vigor.