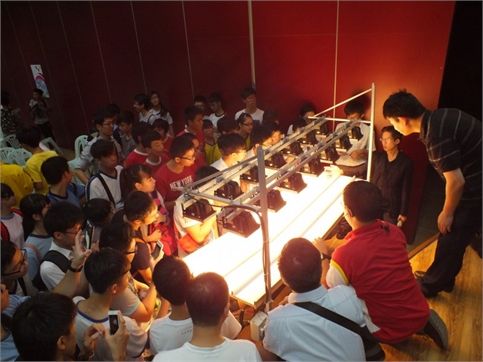 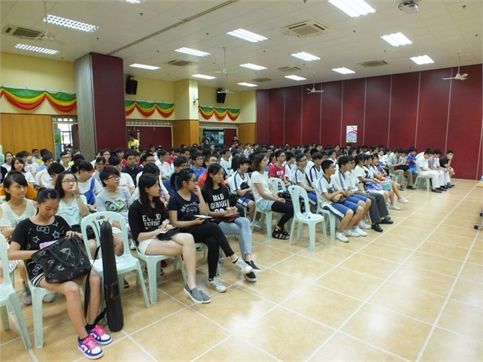 Further to the tremendous success of organizing for the first time in Macau the ‘Solar Model Car Race’ at Coloane Power Station, Companhia de Electricidade de Macau – CEM, S.A. (CEM) in collaboration with Macao Youth Federation, the General Association of Chinese Students of Macao and the Youth Center of Macao Federation of Trade Unions, and the technical support of Hong Kong Technology & Renewable Energy Events (HK TREE) is organizing the 2nd edition of the ‘Solar Model Car Race’, plus introducing the 1st edition of the ‘Capacitance Model Car Race’ to be held at Coloane Power Station on 26 October (Sunday) 2014. A half-day workshop at Escola Secundária Técnico-Profissional of Federation of Trade Unions was organized on 20 September with all the participating students joined with the objective to prepare them for the two competitions.

Last year 200 students participated in 40 teams representing 23 different local schools. This year the response from the schools was even higher. 59 teams were formed to join the ‘Solar Model Car Race’, while 25 teams were formed to participate in the ‘Capacitance Model Car Race’. In total, over 350 students are joining the two competitions in a record of 26 different local schools participating.

Teams are required to design and make their own model cars, and compete among themselves for the “Top Three Teams” in both races, plus “The Overall Fastest Lap Award”, and “The Best Model Car Design Award” in the ‘Solar Model Car Race’.

During the workshop the top two teams of last year’s competition, namely Colégio Diocesano de São José (2 & 3) and Escola Tong Sin Tong, brought along their model cars and shared with the students how they built their cars, the experience they had during the race and also their participation in the Hong Kong event. They expressed, ‘There are not many chances for us to learn about renewable energy in our daily lives. It was great and fun to be able to build a solar car by ourselves. We felt very proud to represent Macau to compete with other teams in Hong Kong. ”