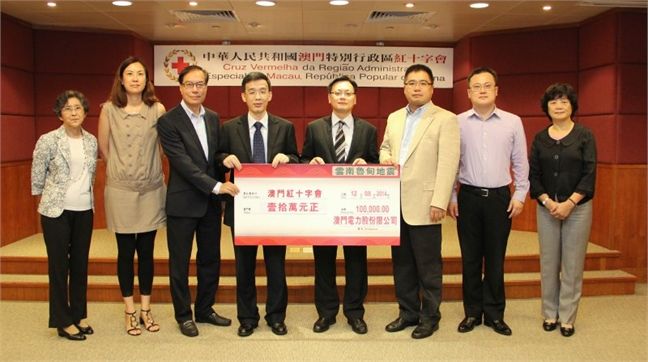 A 6.5 magnitude earthquake struck in Longtoushan Town of Ludian County, southwest Yunnan Province on 3 August. The disaster has left more than 2,000 people dead or injured so far, with nearly one million people affected. CEM has great concern to the disaster and donates MOP100,000 to Macau Red Cross to support the relief efforts, hopes that the victims could rebuild their homeland soon.

Today, CEM Chairman of the Executive Committee Bernie Leong, Executive Director Shi Yuli, Communications and Public Affairs Office Manager Jaclyn Iun visited the headquarter of Macau Red Cross to hand over the donation cheque. Macau Red Cross thanks to CEM for lending a helping hand to quake victims. Relief materials have gradually been delivered to the affected areas, the next step will be the relocation of residents and the preparations for reconstruction work.