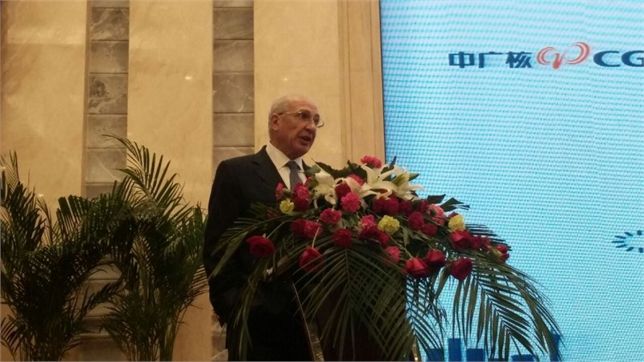 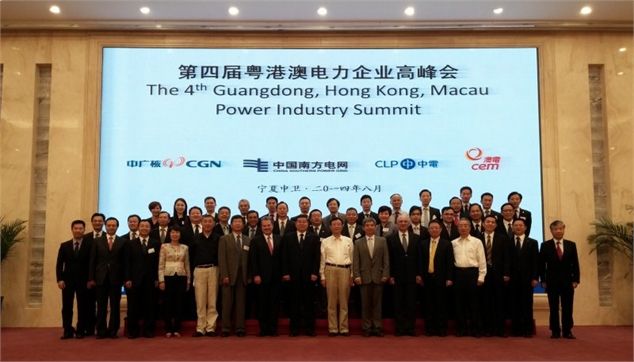 João Travassos da Costa indicated in his speech that comparing to fossil fuel, nuclear power for electricity generation features higher efficiency and emits no carbon dioxide. As nuclear power for electricity generation also features lower costs, it is unlikely to be affected by the international economic situation. However, governments and power companies everywhere have drastically slowed down their pace or even stalled in the development of nuclear power due to citizens’ fears over the nuclear disaster that hit Japan’s Fukushima three years ago as well as other well-known accidents in the past. With the theme of nuclear energy this year, it is a good opportunity to discuss the feasibility of the sustained development of nuclear power from the perspectives of safety, environmental protection and cost, what to do to persuade citizens to regain confidence and to support nuclear electricity generation. João Travassos da Costa also shared the development of Macau and CEM. Over the past decade, Macau’s power consumption rate increased by 110% and CEM is still able to maintain its world class power supply stability with an Average Service Availability Index higher than five nines.

From 2015 to 2017, several large hotels and casinos will be completed in Macau with a combined investment of more than MOP 200 billion, and power demand is expected to increase sharply. The growing integration between Macau and Guangdong will also bring more development opportunities. It is expected the annual growth rate of power consumption will stand at 8% or above in the forthcoming three years. In the Summit, CEM Power and Networks Dispatch Department Energy Business Management Manager Evan Liu presented “Solar Power Leading to Greener Macau”. Liu introduced the solar power study and photovoltaic panel pilot project which was installed in Coloane Power Station. CEM and local associations organized seminars to study and promote solar power. The policy of solar power is under establishment by Government. Once the relevant policy is completed, CEM will fully cooperate with the implementation

Besides keynote speech and seminar, the organizers also arranged technical visits to CGN Ningxia Suobao Solar Power Station, Ningxia Zhongning Changshantou Wind Farm and Baolige Wind Farm. The project of Ningxia Suobao Solar Power Station has started construction in March 2014, is expected to send to the grid 31 million kWh of clean power annually. The Changshantou Wind farm has an area of 20 km2. The project involves the installation of 33 wind turbine generators, each of which has a rated capacity of 1,500kW, providing a total installed capacity of 49.5MW. Baolige Wind Farm is CGN’s first national concession project which covers an area of 92.1 km2. The construction started in 2007 and went into operation in April 2010. It generated 508 million kWh on grid in total in 2013.