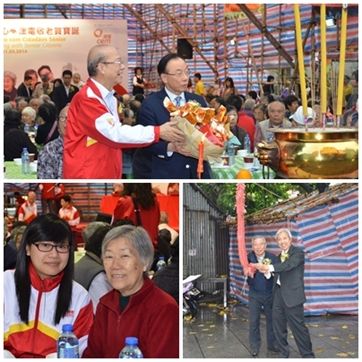 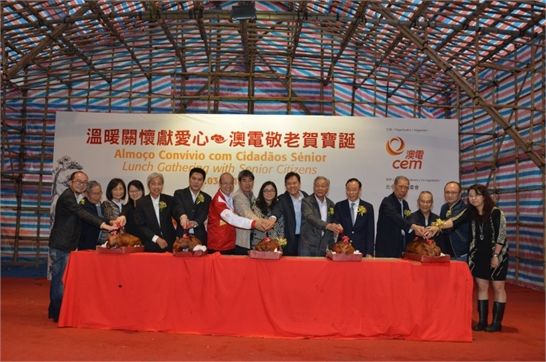 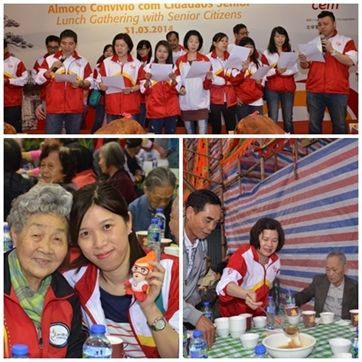 CEM and the Pak Tai’s Birthday Organizing Committee held a lunch gathering at Largo de Camoes in Taipa (In front of the Pak Tai Temple) at 12 noon today. Nearly 300 senior citizens of Taipa and Coloane gathered together with CEM Ambassadors Team members to enjoy the luncheon.

Iun Iok Meng addressed that CEM is pleased to have held this lunch gathering for senior citizens for ten straight years. As a good corporate citizen, CEM is obliged to fulfill its social responsibility to provide long-term support and contribution to social development apart from offering reliable and high quality services to Macau residents. CEM will not have today’s achievements without the support from the community. Hence, since 2005, CEM has been celebrating the Pak Tai’s Birthday with the senior citizens from Taipa and Coloane. In a blink of an eye, this year marked the 10th anniversary of the event. Iun Iok Meng expressed his gratitude to the Pak Tai’s Birthday Organizing Committee for its full assistance and support in the past decade to make the event well prepared and held successfully. He also expressed his gratitude to the CEM Ambassadors Team for their active participation and the doctors and nurses from CEM Occupational Health Services Center who have volunteered to measure the blood pressure of the participating elderly before the lunch since 2007.