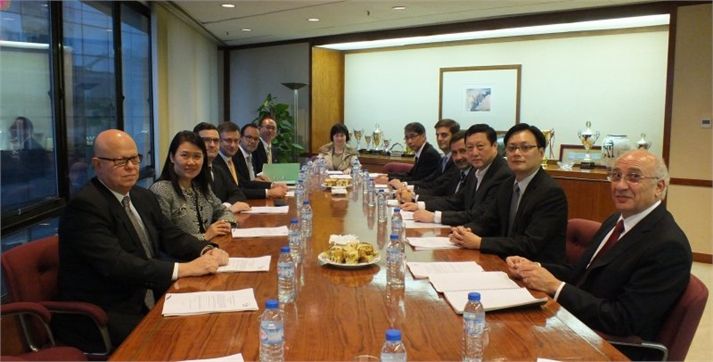 The Annual General Meeting of Companhia de Electricidade de Macau - CEM, S.A. (CEM) was held today at CEM Building. The Annual General Meeting approved the 2013 Annual Report. In 2013, the total gross consumption reached 4,409 GWh, representing an increase of 1.5% compared with 2012. The peak demand was 766 MW. The net profit in 2013 was MOP581 million. During 2013, CEM achieved outstanding performances in terms of power supply reliability, service quality, occupational health and safety. Its superb electricity supply reliability of 99.9996% based on outages under CEM’s responsibility remains amongst the best performance in the world. A particular achievement has been Zero Accidents for the second year in a row. In addition, CEM achieved once again the best ever customer satisfaction level which was 87.9%.

Economic Dispatch is still the first priority of CEM. Due to the fuel high prices, importation remained to be the core option of local power supply. In 2013, the electricity importation reached 92% (4,059 GWh) of the electricity total consumption, setting a new historical record. Besides, natural gas supply was not available. With the unremitting support of the Macau SAR Government, 2013 has been a very important year in terms of capital investment in which large projects mainly related to the Transmission network were concluded, having reached more than MOP 850 million. The most significant capital investments made during 2013 included the construction start of the 110kV LRT substations in Cotai and Taipa, the new 66kV substation in Ilha Verde and the commissioning of the whole project for the new campus of the Macau University on Hengqin Island. In addition, CEM has put all its efforts to maintain a stable tariff for Macau citizens. With approval of the Macau SAR Government, CEM continued to maintain stable tariffs for all Tariff Group A customers, mainly residential customers and small and medium enterprises covering 99% of our customers. TCA discount was offered up to 20% during most of the year. The General Assembly has also reappointed the following members of the Supervisory Board: Chairman: Macau Special Administrative Region (represented by Paulo Tse) Active members: Sino-French WD (Macao) Co. Ltd (represented by Kuan Sio Peng); EDP Asia - Investimento e Consultadoria, Limitada (represented by José da Guia Rodrigues dos Santos)