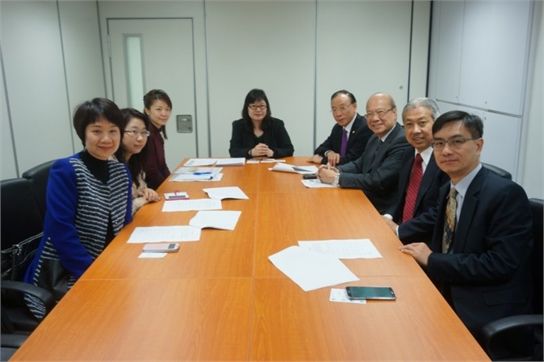 The CEM Customer Liaison Committee (CLC) has been concerned about the long-practiced accumulated electricity subsidies. A delegation comprising CLC President Vong Kok Seng and Vice-President Lei Chi Fong as well as Advisor to CEM Executive Committee Iun Iok Meng and some other CLC members, such as Ada Chan, Simon Wong and Leong Meng Ian, visited the Financial Services Bureau, and was received by Vitoria Alice Maria da Conceição, Director of the Financial Services Bureau. She explained that the accumulated electricity subsidies can be used in the next 24 months following the termination of the Electricity Charges Subsidy Scheme.

Vong Kok Seng pointed out that as many residents, especially those are electricity-conscious or with vacant properties, are concerned about the unused accumulated electricity subsidies, and so is the CLC. He hoped that the authority could clarify the matter.

Vitoria Alice Maria da Conceição expressed that the Macao SAR Government has implemented a series of measures that benefit the public since 2008, including the “Electricity Fee Subsidy Scheme” which provides subsidy to local residential households for paying electricity fee. The scheme has so far reached phase six. A maximum of MOP 200 monthly subsidy will be deducted from each residential unit’s monthly electricity bill. Under the scheme, any unused monthly subsidy will be carried forward to “Accumulated Unused Government Electricity Subsidy” of the residential units’ electricity account. The accumulated amount can be used in the next 24 months following the termination of the scheme, and the maximum monthly subsidy amount will remain unchanged. The total amount of “Accumulated Unused Government Electricity Charges Subsidy” available for deduction for each residential household within the period is capped at MOP 4,800 (MOP 200 x 24 months = MOP 4,800). The public are welcome to review the relevant rules available on the authority’s official website at http://www.dsf.gov.mo.