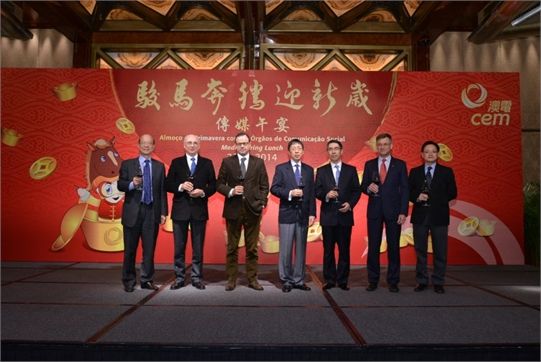 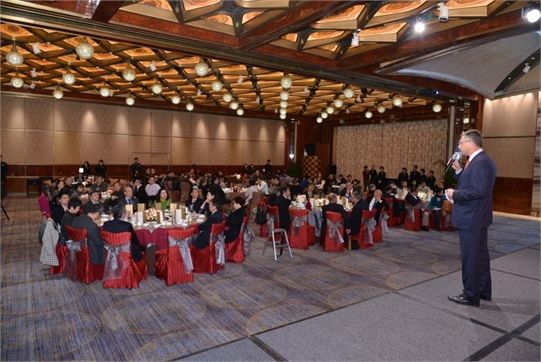 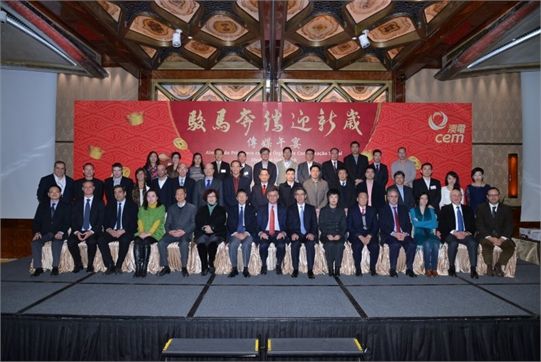 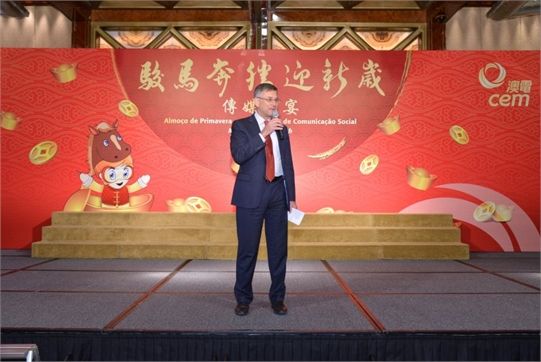 CEM held a Spring Lunch with the media to celebrate the Year of the Horse at MGM Macau Hotel on 21 January 2014, inviting nearly 120 Macau media management executives and reporters. In addition, Kou Ming, Deputy Director of Economic Affairs Department of Liaison Office of the Central People’s Government in Macau SAR Office, Arnaldo Santos, Director of the Office for the Development of Energy Sector also attended the luncheon.

CEM Chief Executive Officer Franklin Willemyns delivered his presentation. He extended his sincere gratitude to the media’s support, and looked forward to the close collaboration with the media for CEM to be able to listen to the public views widely.

Franklin Willemyns said Macau’s power consumption grew by 110% in the past decade, and the past year saw a relatively lower growth of 1.5%. In 2013, CEM continued to offer discounts of Tariff Clause Adjustment for Tariff Group A customers (Tariff Group A consists of residential and SME customers, accounting for 99% of the total customers), averaged at 20% and the subsidy totaled MOP114 million. Total capital investment of CEM reached MOP 853 million in 2013. Among them, the most important power supply infrastructure projects included the undergoing construction of the new high-voltage substation in Ilha Verde and two 110kV LRT substations in Cotai and Taipa, and completion of energization of the University of Macau new campus on Hengqin Island.

In 2013, CEM’s performance in power supply reliability, customer satisfaction, and occupational safety and health was all encouraging, recording an average system availability index of 99.9996% and the best ever customer satisfaction level of 87.9%. Meanwhile, the number of accidents in the company was zero, and for two consecutive years, there were no lost time injuries. All Key Performance Indicators showed that CEM has continued its excellent performance and surpassed the contractual goals. The unity and dedication of the CEM employees have contributed to this milestone.

Over the past year, the Macau SAR government achieved a sustainable economic growth. We expect the city will continue to see a rising demand for electricity in 2014. New large-scale projects, such as over USD 28 billion investment of mega casinos in Cotai, light rail transits and public housing projects, may push up the power consumption by 4.7% and 9.9%, and peak consumption by 5.2% and 10.8% in the next two years.

Last but not least, Franklin Willemyns expressed his gratitude to the Macau SAR government, citizens and media for their support. In 2014, CEM will continue to be dedicated to providing reliable power supply and high-quality customer service as well as fulfilling corporate social responsibilities to contribute to Macau’s economic and social development.