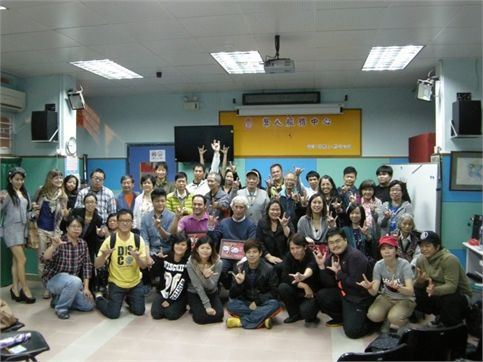 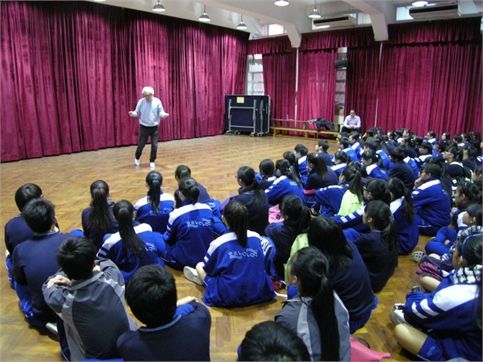 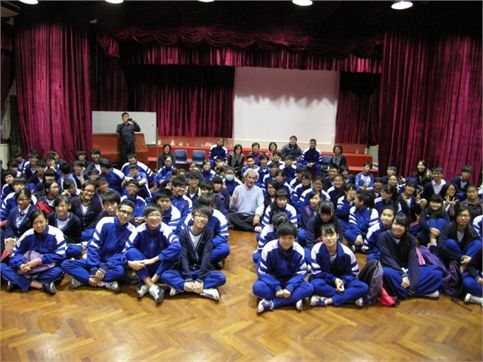 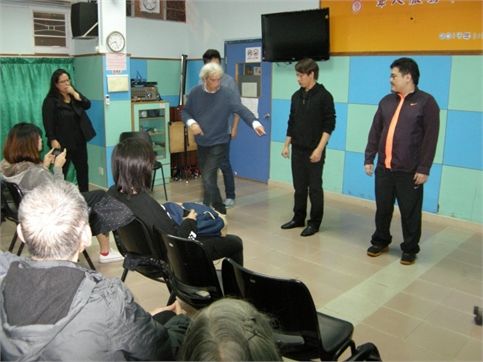 Bizot, widely regarded as one of the most talented mimes of his generation, is a teacher, artist and director. Bizot has been performing more than 30 years in many countries including Asia. He was awarded first prize at the Paris Festival of Pantomime at the age of 20 and won first prize at the World Theater Festival in Chile in 2003. He has set up mime institutes in a number of countries, including the United States, Bolivia, Lebanon and Pakistan.

Nearly 200 people from the Macau Deaf Association and Luís Gonzaga Gomes Luso-Chinese Secondary School attended to the two performances. During the performance, Bizot successfully attracted the audiences’ attention; they were silent and focus on what was going on stage in an attempt to realize the deeper meaning of the actions. It was the first time for most of the audiences to watch mime; they were very impressed and surprised how actions and movements could do to deliver what wanted to be said without using words. They were glad to have this chance to watch such excellent performance, which meant a lot to them.

Beside the mime performance, Bizot hosted workshop to interact with the audiences. One audience from the Macau Deaf Association expressed that Bizot was extremely creative. He was able to immediately make up a story with extemporaneous topics raised by the members. They were inspired by the richness of expressions and movements in his performance; let them fully experienced how to use their body languages and eyes to break the language barrier. One of the students from Luís Gonzaga Gomes Luso-Chinese Secondary School thanked CEM for the arrangement. It was her first time to view a mime performance. Bizot’s lively performance let her understand sometimes using body language to express inner feelings can be more powerful than verbal expression as it can touch one’s soul.