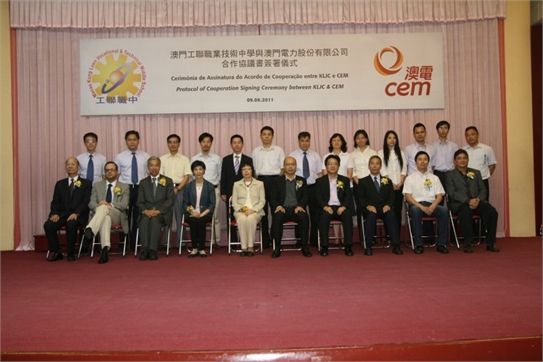 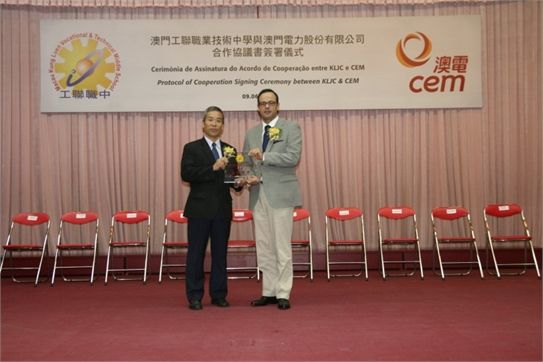 In response to the public’s concern on the power supply reliability in the coming future, and introduce CEM current situation, CEM Customer Liaison Committee (CLC) held a meeting at Plaza Restaurant on 23 June, with CEM Chief Executive Officer Franklin Willemyns and Executive Director Bernie Leong in attendance to gather opinions and suggestions from CLC members.

Billy Chan mentioned that although power reliability has been improving during the last years thanks to investments and improved maintenance even outperforming many the neighboring cities, the recent 3 power interruptions have raised CEM concern and CEM has already taken some short, medium and long term measures and actions to reinforce our maintenance and as well as to speed up our response time. Some of these measures that will be implemented to reinforce our response include the assistance of an authoritative and independent third-party, through which CEM will conduct a comprehensive review of the existing inspection and power resume mechanism. CEM will multiply by 4 the number of maintenance inspections of critical transformers by shortening the time for inspection of the transformer rooms from once every four months to once a month. The Company will also carry out more drills to improve the speed of response time in case of incident, including the use of one mobile unit generator. In the last two incidents, faulty signals of the control equipment delayed the power restoration process, and CEM is now conducting assessments with specialists for improvement.

Chris Chao shared with the committee various large projects already carried out by CEM among which 70% of the major project of the 220kV network between Macao and Cotai has been completed, and the 220kV Hengqin network at Cotai has been initiated. The major project of 220kV network between Macao and Cotai is an upgrading project, which will improve the current 110kV network to 220kV. The new 220kV Lotus Substation will be completed by the end of 2011. The two 220kV networks will join Lotus Substation and Canal dos Patos Substation. The transmission capacity will be increased by another 700 MW. The project is expected to be completed and fully put into operation by 2012.

CEM has recently received quite a number of enquiries on the government’s electricity subsidy from citizens. Uman Cheang said that the SAR government rolled out the subsidy scheme to ease the inflationary pressure of residents. The scheme was supervised and subsidized by Finance Services Bureau, and CEM is only responsible for its implementation. With a maximum subsidy of MOP180 per month, all the unused accumulative subsidies could be used within two years upon completion of the scheme; however, the accumulative subsidization cannot be refunded or transferred. It is worth noting that the balance of subsidies would be cancelled if registered accounts for the subsidy are terminated or transferred. Meanwhile CEM will report to the government truthfully. CEM charges no administrative fees from the government under this scheme; instead, it submits reports to the government on a monthly basis and gets reimbursed for the actual expenses.

Finally, Iun Iok Meng pointed out that CEM will organize CEM Ambassadors to pay a visit to Dieshan district, Wuzhou, Guangxi Province, from 1 to 3 July to attend the inauguration ceremony of a memorial teaching building of Macao Federation of Trade Unions. At that time, CEM Ambassadors will deliver donations and scholarships to the mainland teachers and students.