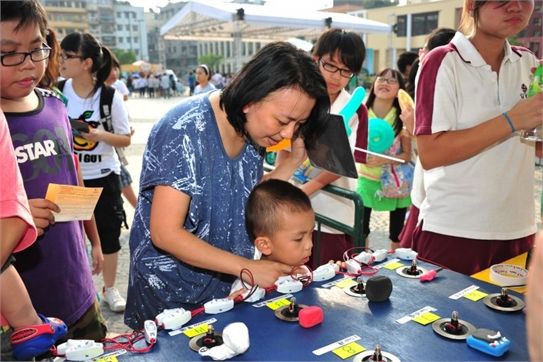 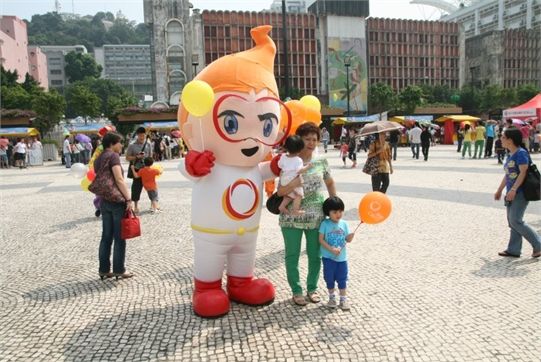 With the younger generation as the primary focus, CEM is going to hold the 12th edition of Energy Fun Fair on 6 October, 2013 at Tap Seac Square in Macau, from 11:00am to 4:30pm. The event targets children up to 16 years old. Co-organizers include the Civic and Municipal Affairs Bureau, the Youth and Education Affairs Bureau and the Office for the Development of the Energy Sector.

This year the event puts the emphasis on the electricity’s extraordinary versatility seeking to make the citizens understand the important role electricity plays in our daily lives.

Apart from the schools, the Office for the Development of the Energy Sector will also set up its own booth for the public to participate in.

In this year’s edition, CEM brings out three new attractions. One is a booth dedicated to showcase CEM outstanding safety performance. Models with safety protective tools and uniforms used by CEM’s operational staff will be displayed. The public will even have the chance to try some of those on. In another booth CEM will invite the public to exercise a little bit with two power exercise bicycles. While exercising, the bikes can simultaneously generate power to recharge smart phones. It is a fun yet economic way to keep fit and help protect the environment. Moreover, the public will have the chance to take instant photos with CEM mascot Power Boy, and bring home a photo-frame of this memorable event. Plus, the public can have a closer look of CEM’s Electric Vehicle (EV) and e-Bike.

Besides, children can play at various game booths and win fantastic prizes including recycled bags, stationary items, and a limited edition Power Boy watch. They can also enroll to play the popular TV game show “Minute to Win It” on stage to win cash coupons. Finally, they will have the chance to win a ‘Mini iPad’ by voting in ‘My Favorite Booth’. Children and their families have many reasons to come and join Energy Fun Fair and spend a memorable joyful moment yet learning experience with CEM.