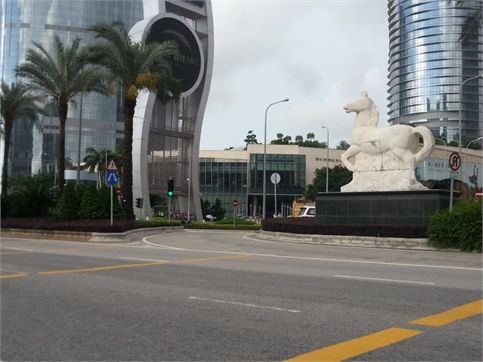 In line with GDI’s tunnel construction at Cotai Strip, CEM has previously carried out the construction work of cable trough for Istmo Taipa-Coloane. With the progress of the project and consultation with the Transport Bureau, CEM plans to temporarily close down the intersection from the northbound lane of Istmo Taipa-Coloane (the direction towards downtown of Taipa) to City of Dreams and disable the surrounding traffic lights from Monday, June 10 to Thursday, June 20. During the period, the public can take Avenida Dr. Henry Fok and Avenida da Nave Desportiva linking Rotunda do Istmo to access to City of Dreams.

During the construction period, CEM would like to remind the drivers to be cautious about the road conditions and follow the temporary traffic signs and indicators. The Company would appreciate the public’s understanding for the inconveniences caused.

CEM has always worked closely and held regular meetings to coordinate the excavation works with the relevant government departments and other public utilities, ensuring that the excavation works are not carried out repeatedly within a short span of time. In addition, CEM strives to minimize the impact caused by the duration and scope of road works on citizens.