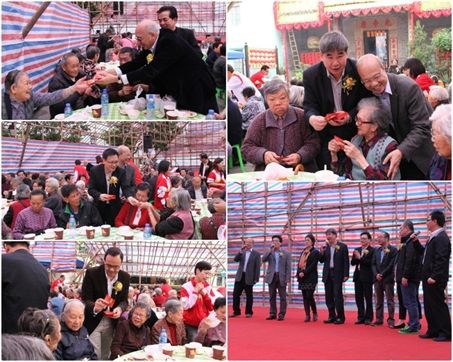 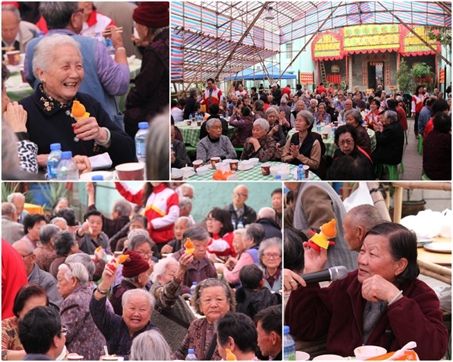 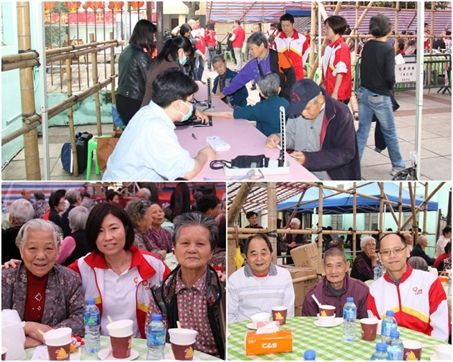 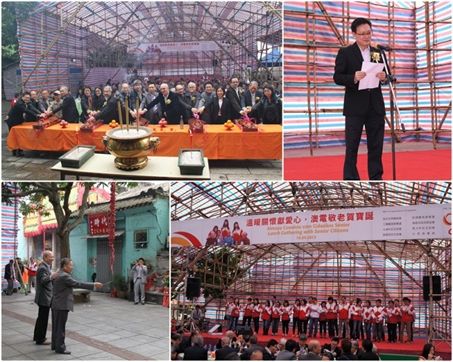 On 10 April 2013, Companhia de Electricidade de Macau - CEM, S.A. (CEM) held a lunch gathering at Largo Camões in front of the Pak Tai Temple in Taipa. Nearly 300 senior citizens of the Taipa and Coloane community aged 65 and above were invited to share some good times with staff and executives from CEM. CEM Ambassadors performed songs for the senior citizens, creating a joyous atmosphere for the event.

Bernie Leong stated in his speech that CEM is honored to be able to organize this meaningful activity every year. CEM would like to show its appreciation to the elderly who have contributed significantly to Macau’s development in the past, and through holding this kind of activities CEM hope to promote the concept of caring for the elderly in the community. Leong extended his deepest gratitude to all co-organizing associations and organizations, whose strong support made this event a success.

CEM has celebrated the Pak Tai’s Birthday with the senior citizens from Taipa and Coloane for nine consecutive years. The doctors and nurses from CEM Occupational Health Services Center have taken part in the lunch gatherings with senior citizens since 2007 and have volunteered to measure the blood pressure of the participating elderly. During the luncheon, CEM Ambassadors arranged games for the senior citizens, creating a joyous atmosphere for the entire event. Apart from that, CEM distributed Laisee and souvenirs to the seniors. All participants expressed thanks to CEM for the luncheon.