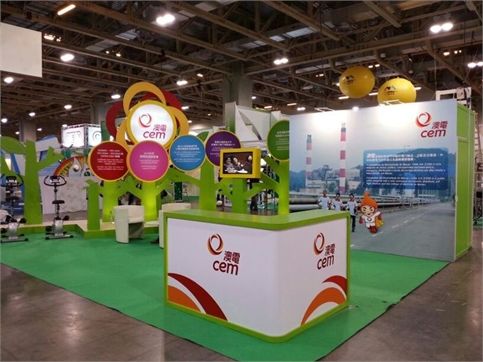 Government’s “Thinking Green, Going Clean and Living Cool” initiative. CEM is fully aware that the citizens’ needs for electricity are inseparable from the care and respect to the Earth. Hence, CEM is always actively engaged in fulfilling the social and environmental responsibilities as Macau’s “Green Partner”. CEM’s NOx emission level has been dropped by 81% in the past 10 years.

MOP1 billion was invested to develop the local infrastructure in 2012, reinforcing the infrastructure to be able to continue providing quality service to Macau and supporting the rapid local economic and social development. In 2012, CEM achieved its best ever 99.9999% power supply reliability, one of the world-class best performances. ISO 9001, ISO 14001, ISO 14064, ISO 20000 and OHSAS 18001 certifications provide the framework for the Company to build a comprehensive and integrated management system.

Besides introducing the outstanding performances of the company, CEM also set up two kinetic power exercising bicycles in the exhibition booth for visitors to experience this green energy. While exercising, electricity can be generated and stored to light up a LED light or even charge a mobile phone.