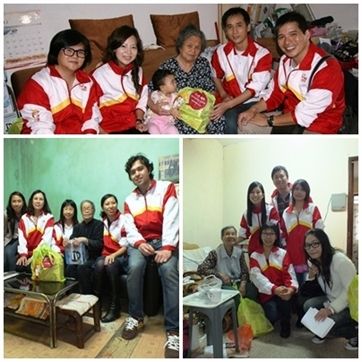 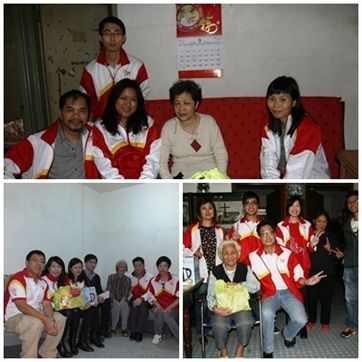 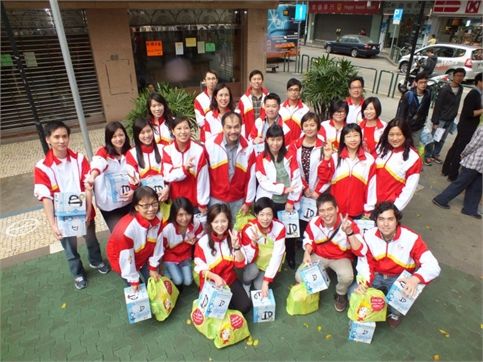 With Christmas holiday approaching, the CEM Ambassadors Team has partnered again with Peng On Tung Tele-assistance Services’ volunteers to organize a visit to the elderly who live alone as well as some underprivileged families on December 17, in a bid to show their care and concern during this festive season.

That afternoon, nearly 30 CEM staff members and Peng On Tung volunteers were divided into six groups to visit 30 elders and underprivileged families living in the Iao Hon area. During their visit, they spoke to the elders, listened to their needs and offered care and love to them, putting a big smile on their face. Before bidding farewell, CEM Ambassadors gave out electric kettles and gift packs to each family, wishing them a safe, healthy and merry Christmas. The visit rounded off successfully amidst fun and laughter.

CEM Ambassadors have always been dedicating themselves to participating in philanthropic activities and caring about those in need, and they have the full support of the whole company. The ambassadors participating in the aforesaid activity stated that the activity was very meaningful, hoping they could participate in more similar activities in future to support the elderly and the underprivileged.

In addition to organizing its own activities, CEM also actively participates in the activities launched by other local organizations. For example, it joins the Streets Wall Painting activity organized by the Civic & Municipal Affairs Bureau as well as the “Walk for a Million” event. Meanwhile, it supports the fund-raising campaigns organized by Tung Sin Tong, Macau Red Cross, Caritas Macao, Orbis, World Vision, Care Actions and other organizations.