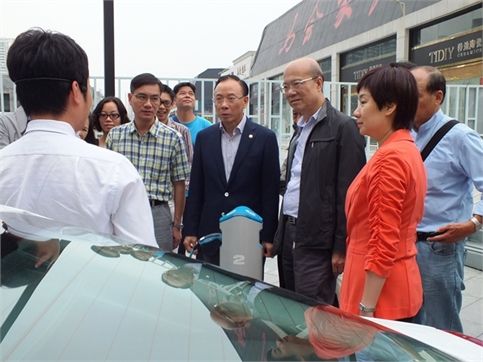 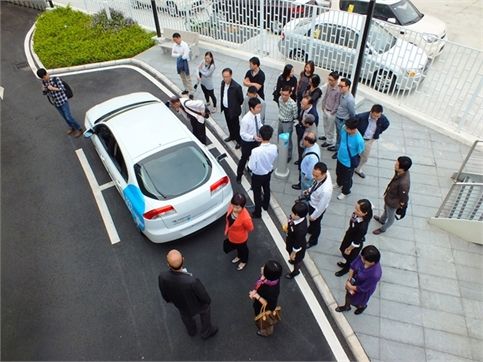 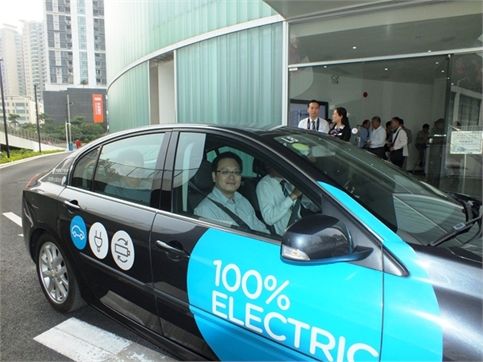 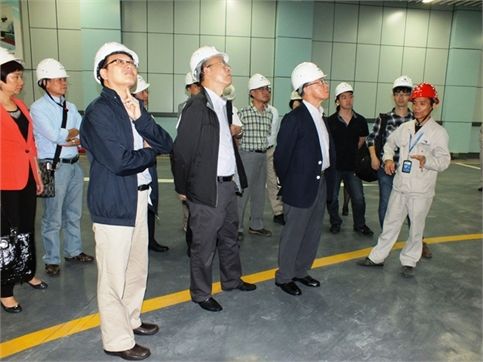 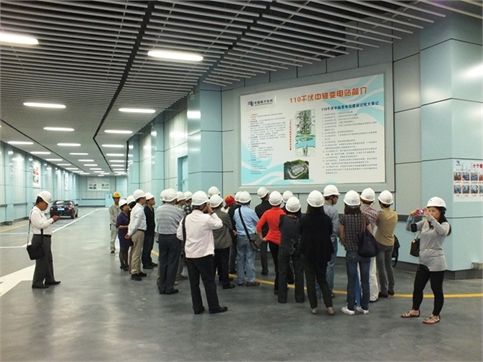 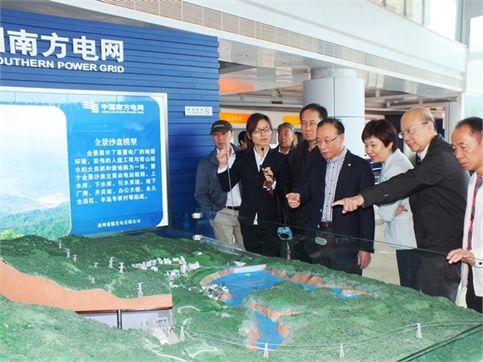 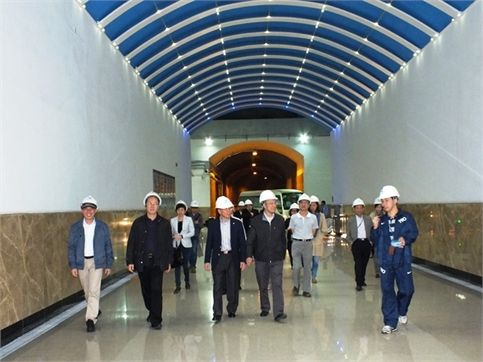 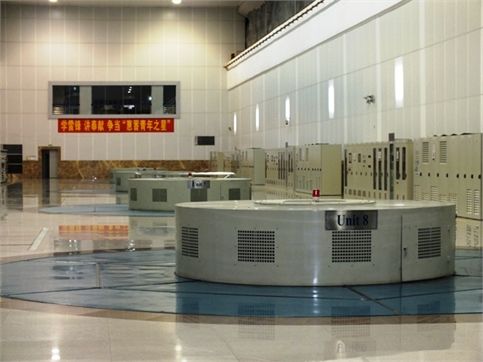 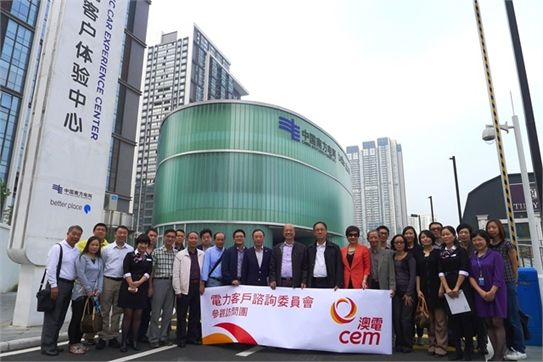 Guangzhou EV Battery Changing Experience Centre, the first facility in Guangzhou equipped with fully-automated battery charging services, has been put into service since 12 December 2011. It is commonly understood that much like gas stations, widespread outlets are required for the establishment of service networks for EV. Hence, during the “12th Five-year Plan” period, China Southern Power Grid, under the leadership of the government, explored and found a new development pattern in line with China’s actual conditions for EV and smart grids, established battery charging infrastructure networks that can meet the needs for the development of EV in the five provinces of southern China, and formed a comprehensive service system to support the industrialization of EV. Located in the Tianhe district of Guangzhou city, the EV Battery Changing Experience Centre covers an area of approximately 1,900 square meters. It is the first automated battery switch facility in the five provinces of southern China and one of the key demonstration facilities of Guangzhou city for promoting new energy. As the entire battery charging process is fully automated, it takes only 60 seconds to remove the depleted battery and replace it with a fully charged one.

The delegation also visited China Southern Power Grid’s first independent fully-underground substation. The Zhongzhou underground substation, in Guangzhou, has been put into service since 30 August 2010, provided safe and reliable power supply for the Asian Games in 2010. The substation can also help relieve power shortages and enhance the power supply reliability in Zhujiang New Town, Guangzhou city. With a fully-underground structure, the substation features a depth of 19 meter as well as a total construction area of 7,213 square meters. As it is located underground, the substation features lower electric and magnetic field intensity compared with ordinary substations built above ground, and causes less noise disturbance to residents nearby. An advanced international high-voltage online monitoring system was installed in the substation for the first time and it has been operated in Singapore for years. The system can carry out 24-hour undisturbed online monitoring and timely analysis on the master equipment, in the case of any partial discharge, it will automatically set off the alarm.

In addition, the delegation paid a visit to Huizhou Pumped-Storage Hydropower Plant, which was in operation in June 2011 with a total installed capacity of 2.4 million kW. The power station includes eight 300,000 kW reversible generators and generates 4.563 billion kWh of electricity every year, becoming the second largest of its kind in Guangdong province. It is a national key project and constructed by China Southern Power Grid. At the grid peak time, the pumped storage hydropower plant directs the water of upper reservoir to lower reservoir to convert the water energy into electricity for power grid; while at the time of low demand, the power plant pumps the water of lower reservoir up to the upper reservoir, saving the electricity as potential energy to digest the extra electricity in the grid. The pumped- storage hydropower plant is the definite option of Guangdong’s power optimization and enhancement, and it is also a required part of the “west-east electricity transmission project”.

Established in 2000, CLC is devoted to strengthening the communication and liaison between CEM and the customers, so as to enhance the transparency of CEM. Meanwhile, by playing the role of a bridge, CLC reflects the demands of different industries and different customer bases. Besides regular meetings, CEM also organizes visits to neighboring regions to allow members to enhance the awareness of the power industry. CLC visited Zhongshan Le Qun Electric Bus Charging Station, and the Smart Grid Experience Centre & the Energy Efficiency Exhibition Centre of CLP Power Hong Kong last year.