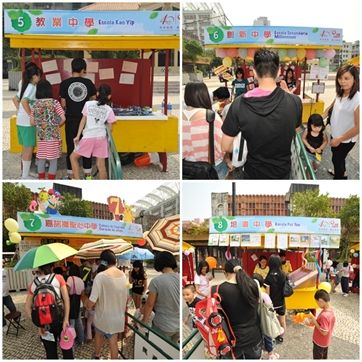 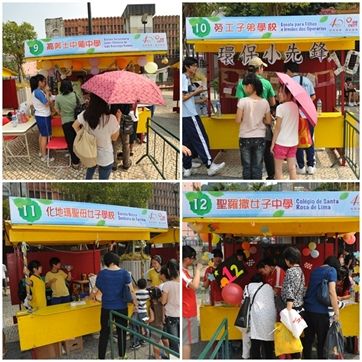 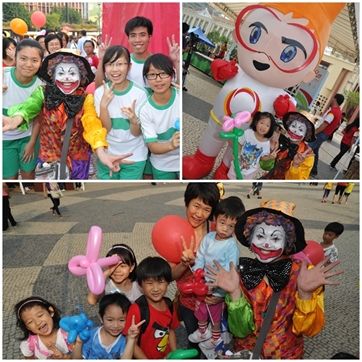 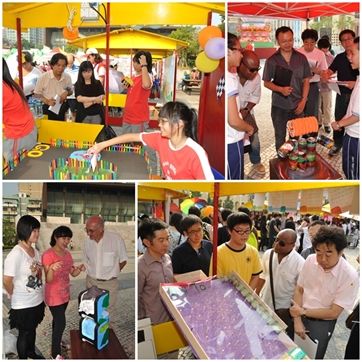 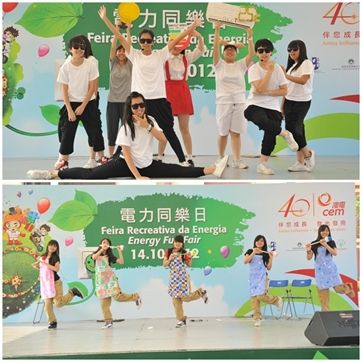 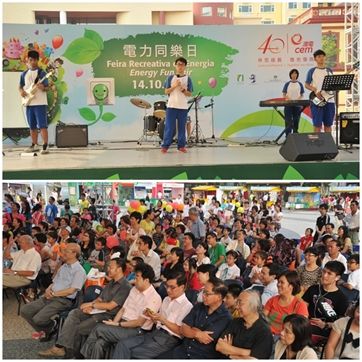 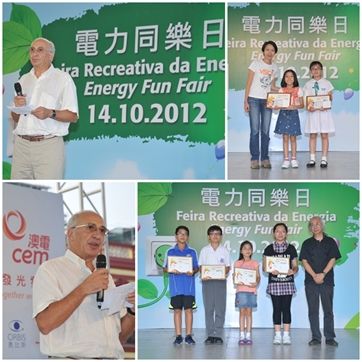 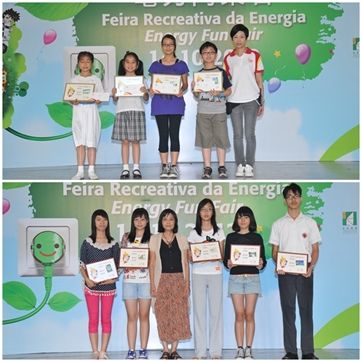 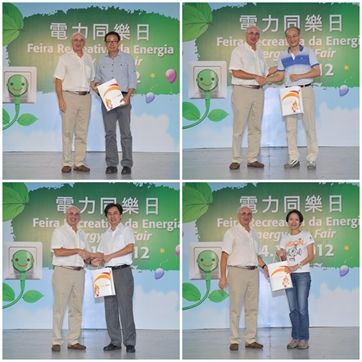 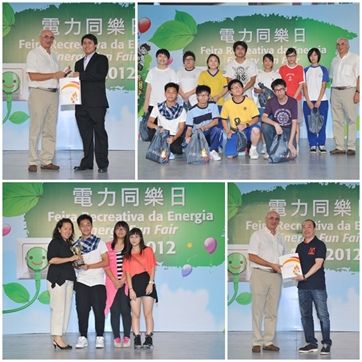 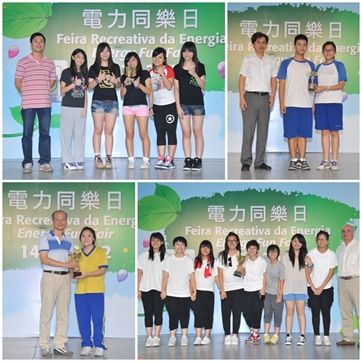 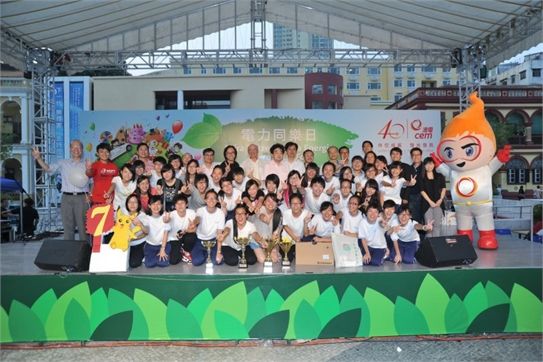 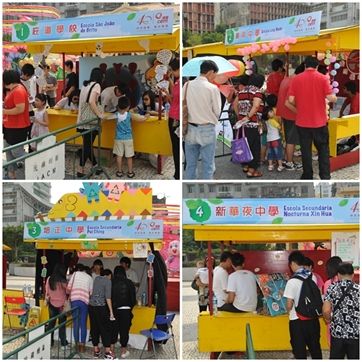 João Travassos da Costa highlighted in his speech ‘CEM aims to stay close with our community and enhance the interest and the knowledge of the citizens, especially the youngsters, in a fun and educational way, about electricity and its efficient and safe use. This way, everyone can pay more attention and play an active role in energy conservation and environmental protection.’ ‘With your amazing support we have continuously received, we shall strive to continue our efforts to be a responsible corporate citizen and an active partner in the society.’

With the theme ´Use electricity as an eco option´, the 12 schools took the challenge to design a game booth for the public’s learning and interaction and competed for the Booth Design Contest. For the first time in the Energy Fun Fair, students were also challenged to create an art piece for exhibition, by using solely recycling items. At the same time, they showed their abilities and creativity by joining a Talents Contest.

This year, and for the first time, the Energy Sector Development Office and ORBIS Macao have also set up booths in the Fun Fair. On the other hand, Macao Special Olympics (MSO) had its booth for the second time, helping to showcase the creativity and potential of its members.

A special exhibition was displayed at the venue this year. CEM launched a ´Student Charity Drawing Competition´ in collaboration with ORBIS and Macao Artist Society in September. The winning works were exhibited at the Fun Fair with the prize presentation ceremony took place during the Fair´s closing ceremony. 12 of the winning works were selected to produce a 2013 desktop calendar for charity and raise funds for ORBIS. The Calendar was on sale at ORBIS´s booth during the Fun Fair with great enthusiasm from the public. CEM also had its Electric Vehicle (EV) and e-Bike for display on the site. Public had a chance to have a closer look at these environmental friendly means of transportation and have a better understanding on how they operate and the importance they will play in the future.

All children up to 16 years old got the opportunity to play at the game booths and win fantastic prizes throughout the day. On top of this, they got the chances to win one ´new iPad´ in a lucky draw. Lei Chi Him (Ticket No.: 04200) was the winner of the ´new iPad´.