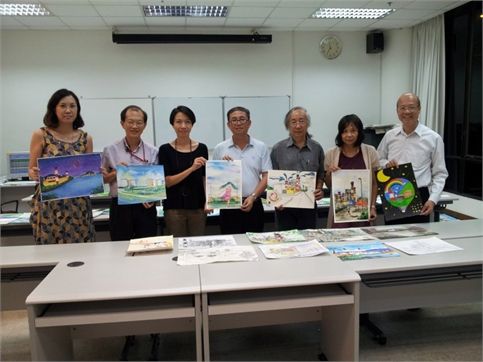 The judges expressed their appreciation of the outstanding performance of the participants, saying that most of the participants had never been to the Coloane Power Station before and it’s really great of them to accomplish these creative drawings on the spot within such a short time. This competition is not an ordinary student drawing competition, as 13 of the winning entries will be selected to produce a 2013 desktop calendar for charity sale and raise funds for ORBIS. This one not only allows teenagers to participate in meaningful fundraising events but may also help more visually impaired people to recover their sight.

The results of the competition have been uploaded to CEM’s website www.cem-macau.com, and the winners will be notified individually. The award ceremony will be held during the “Energy Fun Fair” at the Tap Seac Square on October 14, and the winning entries will also be displayed at the event. The desktop calendar will be available for sale during the day.